In the next block, on the right side of Bredgade there is a Church of the blessed Prince Alexander Nevsky (Alexander Nevsky Kirke on the map). The first Orthodox chapel appeared in Copenhagen at the house of a Russian an emissary in the middle of the 18th century. The great temple Bredgade appeared thanks to the efforts of Empress Maria Feodorovna, the Danish in origin (the daughter of king Christian IX, Princess Dagmar). 1881 the Russian government has allocated 300 thousand rubles, 70 thousand of them were isolated from family funds Alexander III. The project of the Cathedral was developed Professor of the Imperial Academy of arts David Ivanovich Grimm, Director Danish Academy of fine arts Professor Ferdinand Meldal (Ferdinand Meldahl) and Copenhagen architect albert Nielsen (Albert Nielsen). The Church is built in the Russian-Byzantine style of red brick. Facade it is decorated on the front with white Sandstone according to a drawing by the artist A. K. Fischer. The lower floor is faced with gray granite. August 29 (September 10) 1883 year, in the presence of the Emperor Alexander III, the Empress Maria Feodorovna and the Danish king Christian IX, the temple was consecrated in name of Saint Alexander Nevsky. 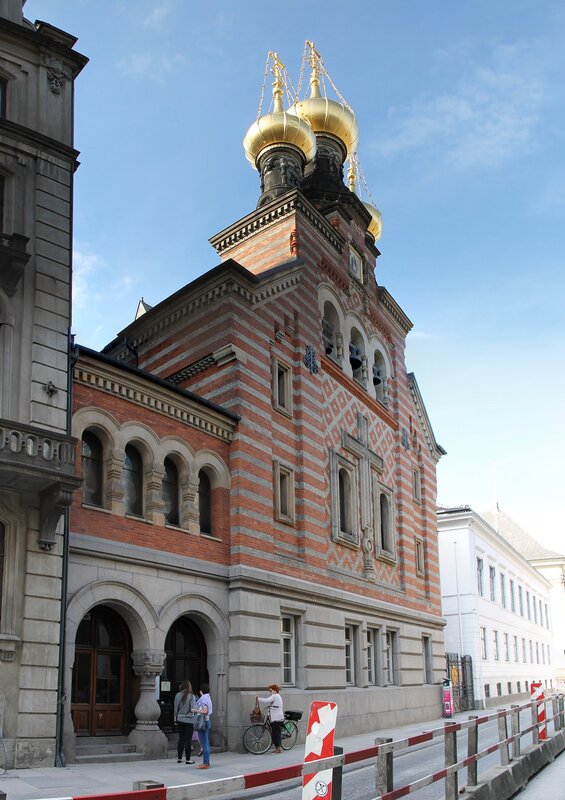 The belfry has 6 bells, the largest weighing 288 kg. The facade is crowned by an icon of the Holy and faithful Grand Prince Alexander Nevsky, written on a slab of volcanic stone Professor F. A. Bronnikov. 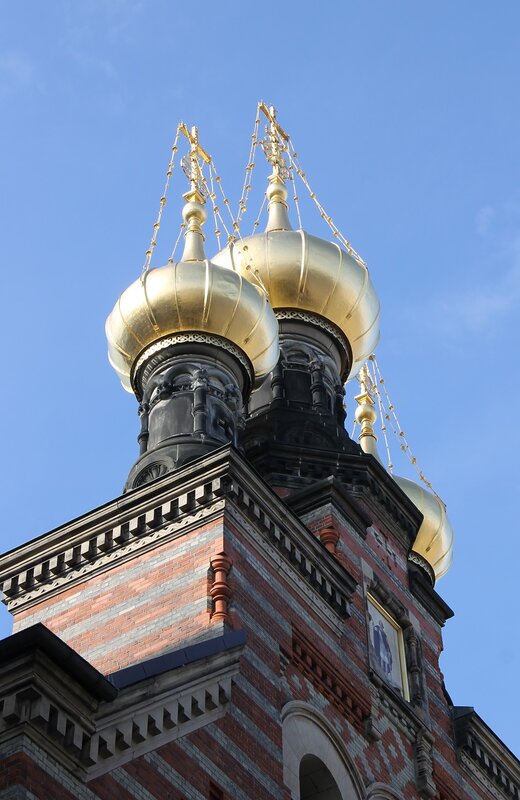 In the 1920s, the Church was under the jurisdiction of Administrator of Russian parishes in Western Europe of the Russian Orthodox Church churches. Maria Feodorovna used to pray in the Church while she was in exile, here however, on October 19, 1928, her funeral service was held. 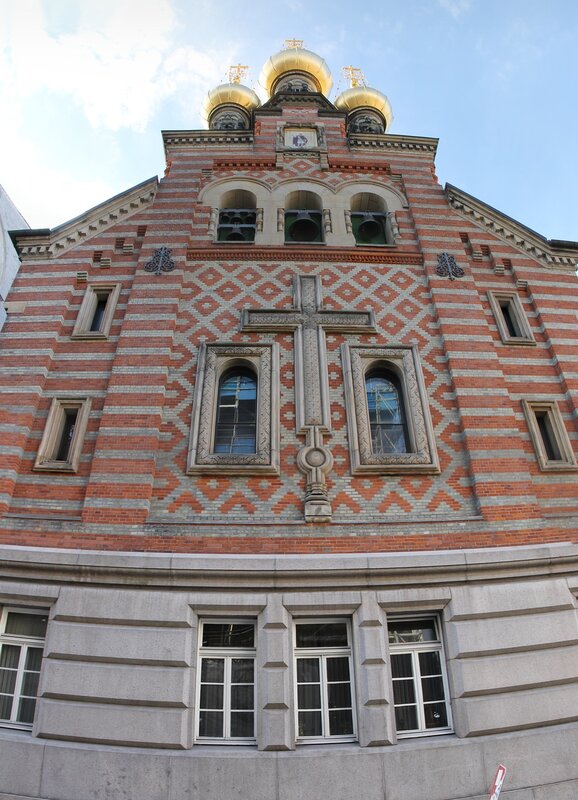 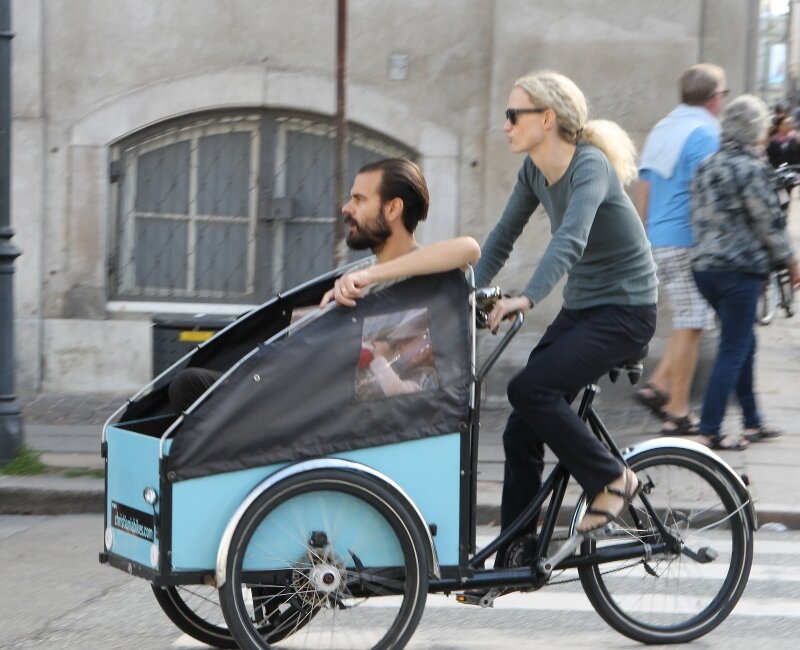