Equestrian statue of Frederic V. In the background Opera house. Only now I appreciate the enormity of this building - it seems that the theatre building directly behind the palaces Amalienborg, in fact the theater is on the other side of the harbour, almost half a kilometer from the square. 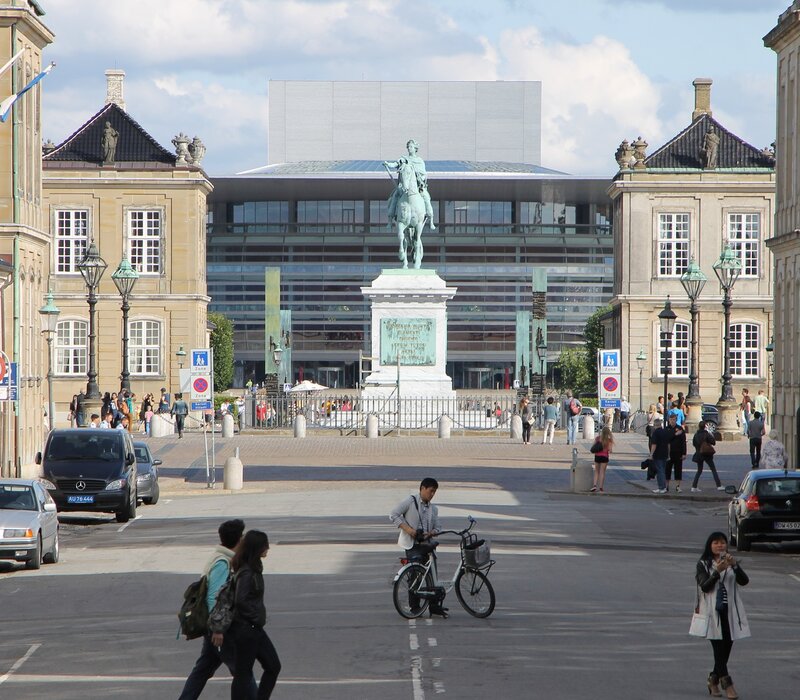 Today I found time to walk to the main area of Denmark, so now let me allow the photos made by me in the autumn of 2010. 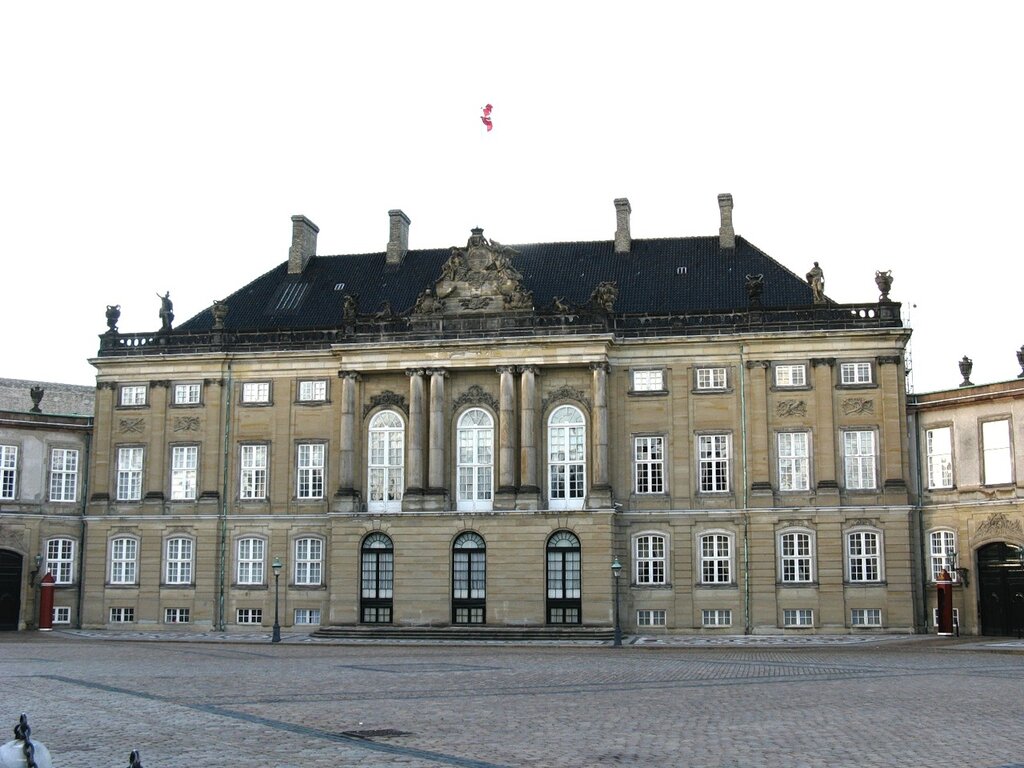 Amalienborg (Amalienborg map) is the brainchild of architect Nicholas Atveda built according to the order of Christian V in commemoration of the tercentenary of the Oldenburg Royal dynasty. 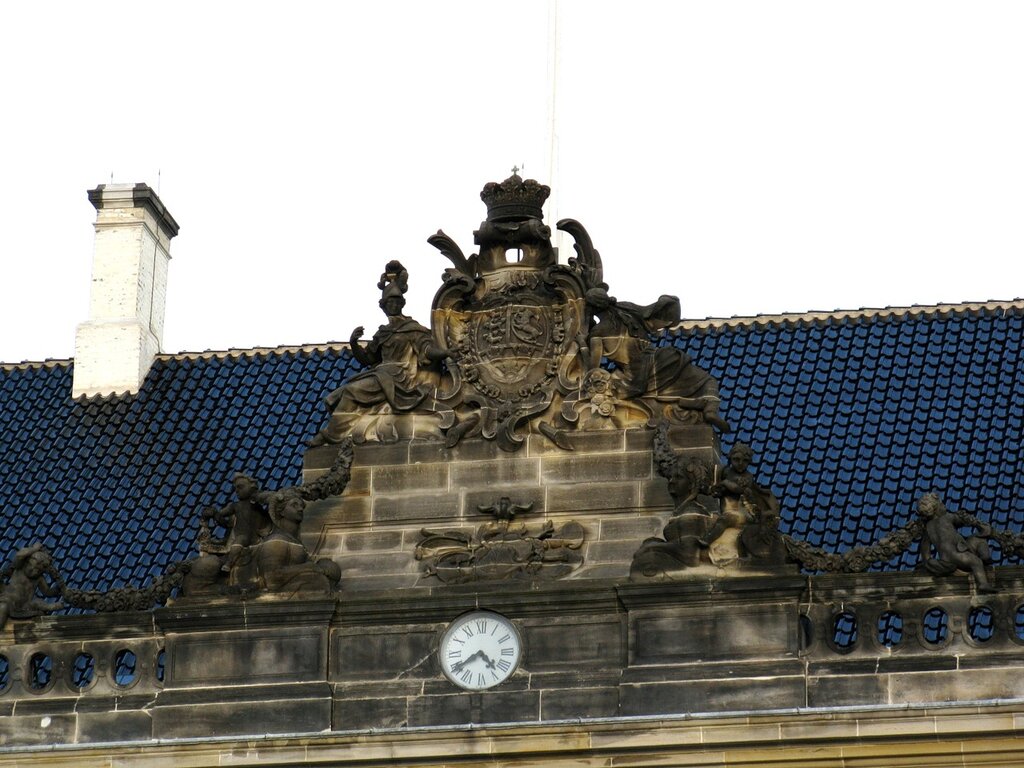 Palace complex consists of four nearly identical buildings surrounding the octagonal square. The construction was carried out during 1750-1760. 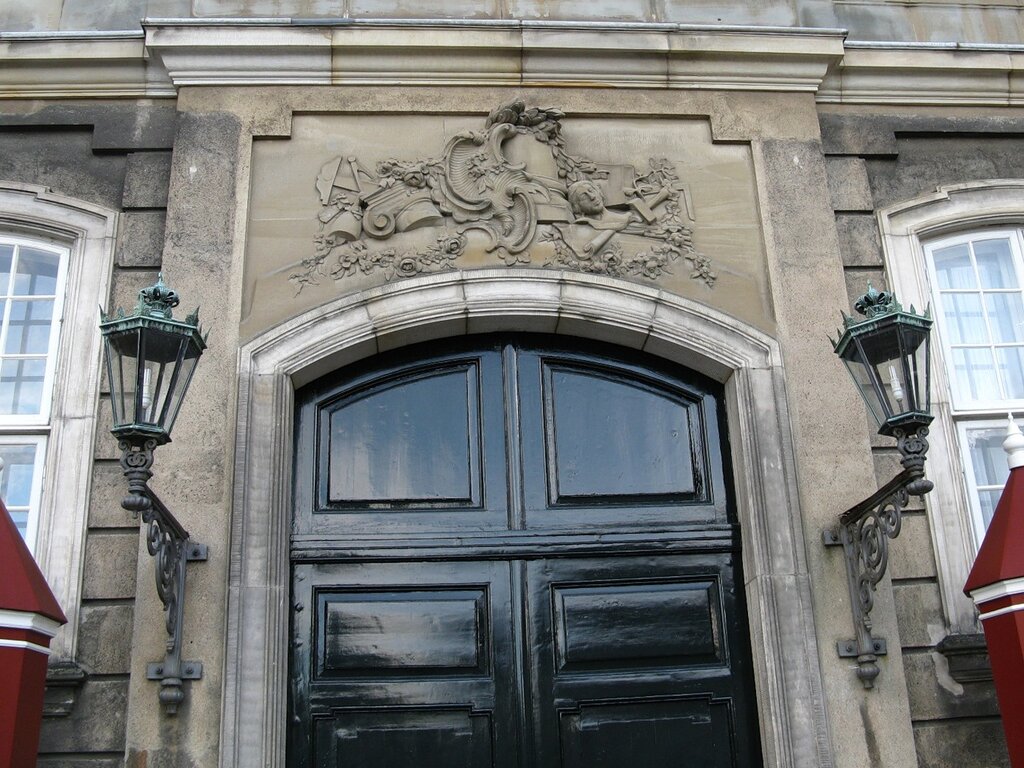 the Name of the Palace got from the mansion belonging to the wife of Frederick III, Queen Sofia, Amalia and burned 1689. 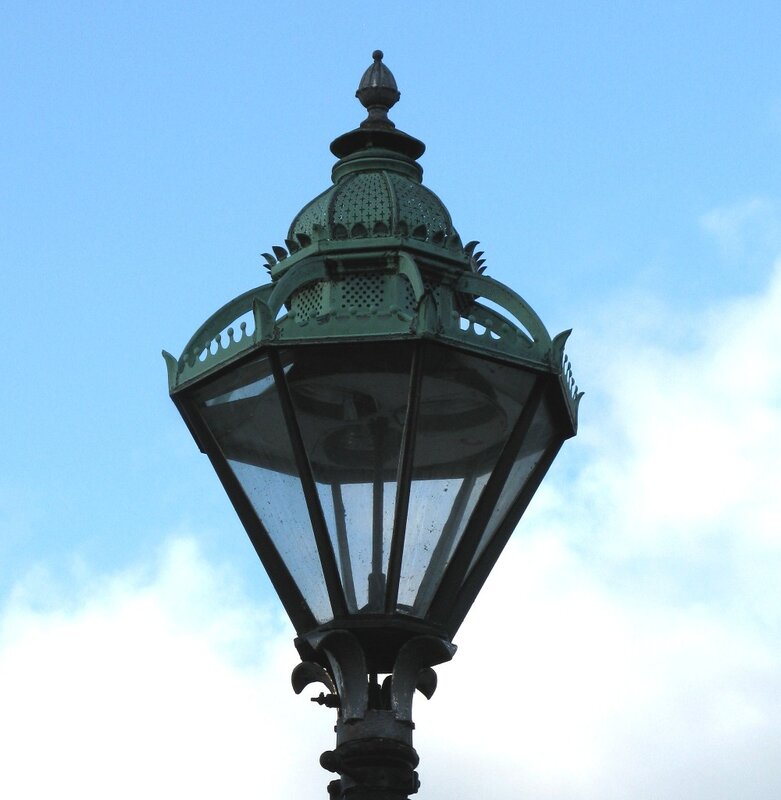 Royal court moved to Amalienborg after a fire in the Palace Christiansborg in February 1794 and is here today. Pretty modest apartment, I must say...in Copenhagen is much more than palaces and castles. 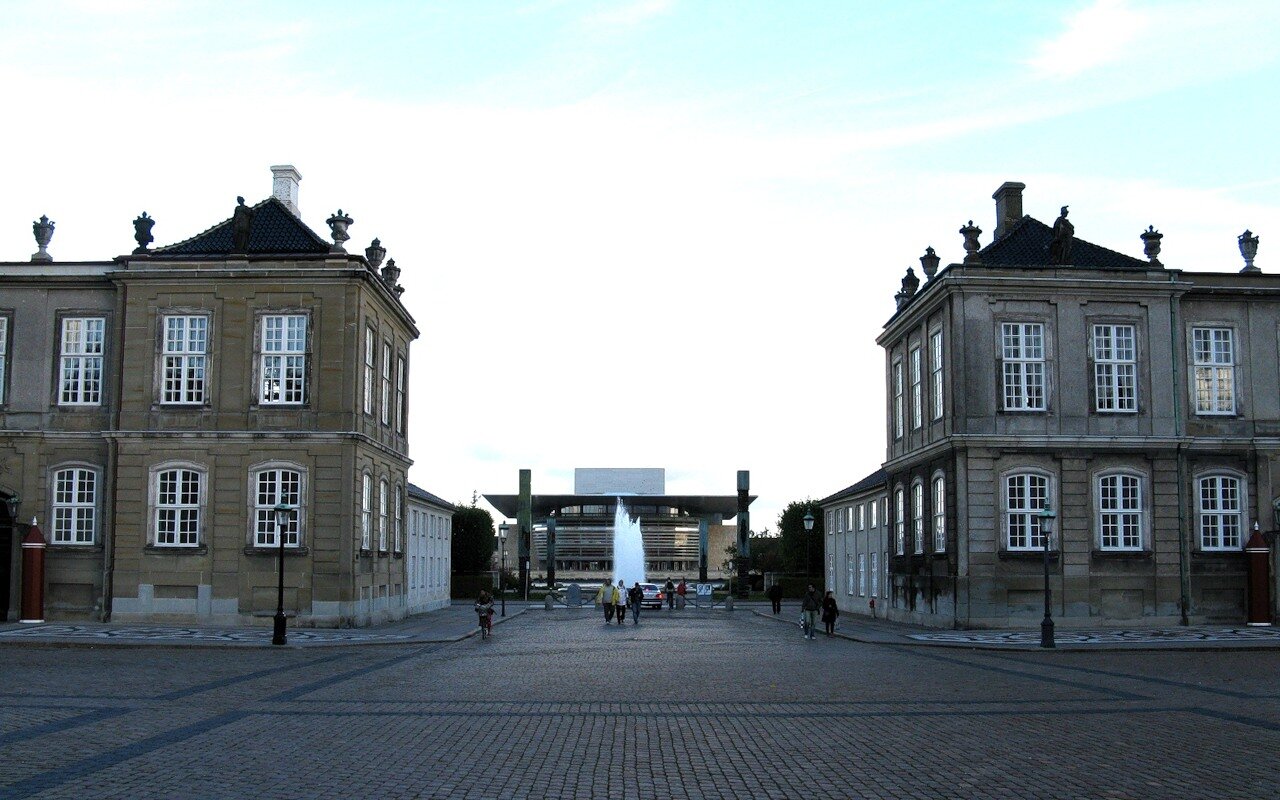 At the end of Frederiksgade stands the Frederic Church, known as the "Marble Church". 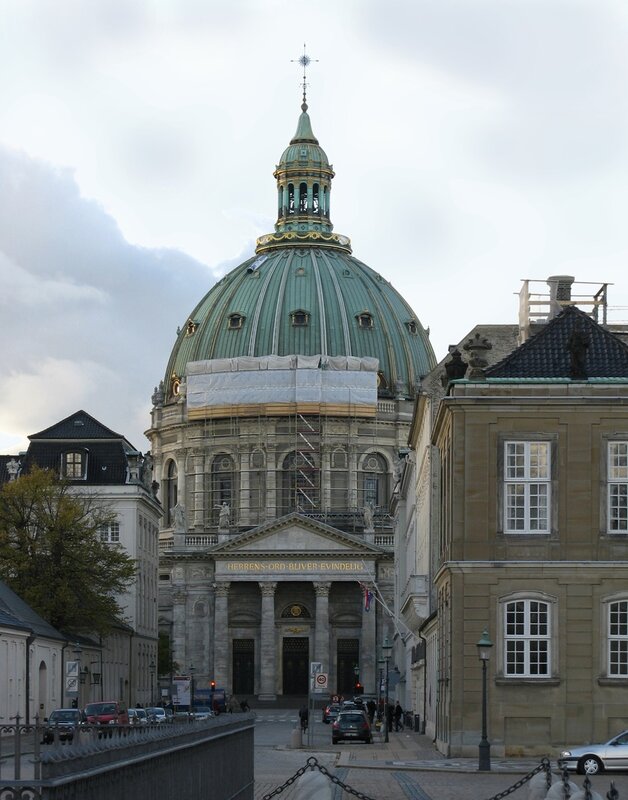