From the Park Amaliehaven views of the building of the National Opera house (Operaen på Holmen) is the main stage at the Royal Danish theatre. 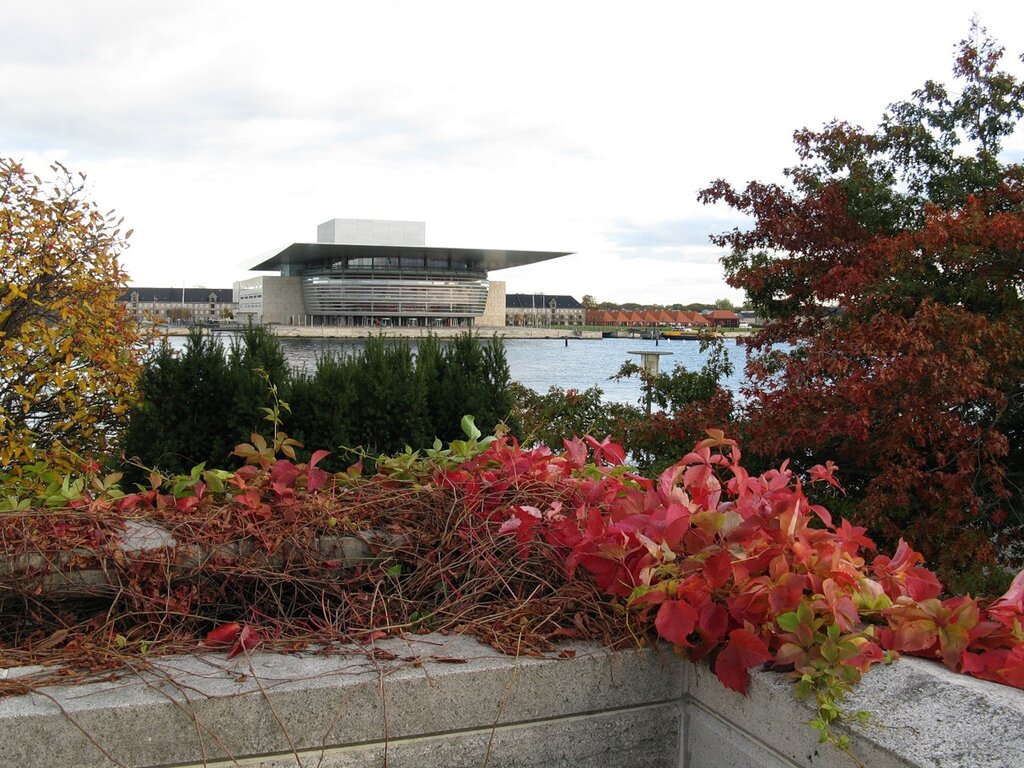 Building Park forms a single architectural ensemble, despite the fact that is on the other side of the harbour Interchan. 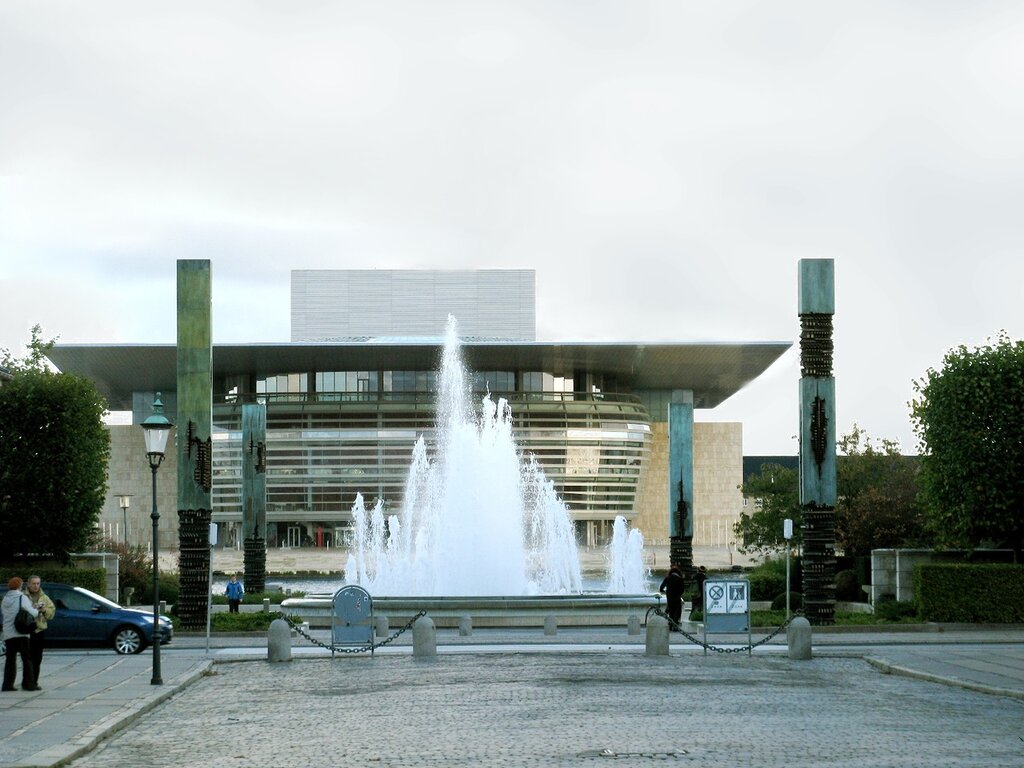 As Amaliehaven Park, the theater building is the brainchild of the same Fund møller (Chastine McKinney Møller Foundation), made a proposal to build a modern theater in 2000, and presenting the architect Hennig Larsen (Henning Larsen). The proposal has caused heated discussion in Parliament, in particular, some MPs were offended that a fashion institution of national importance will Fund the "private shop", others were outraged by the fact that, under Danish law, the developer receives a tax credit, thereby effectively selling the building to the state. However, common sense prevailed, and in June 2001 construction began. 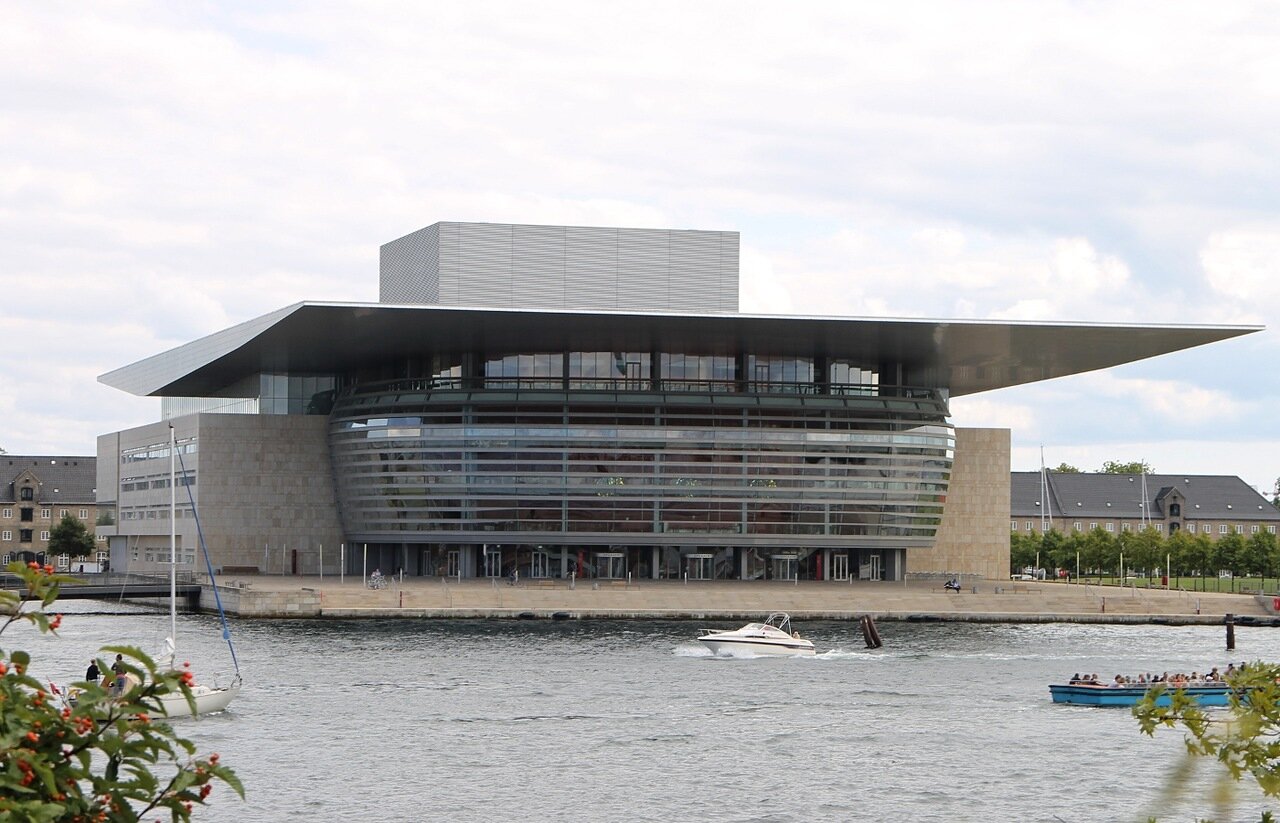 Arnold Moeller, President of the Foundation that funded the construction of a special visit to world famous theatres and wished that the new building embodied all the best features. Mueller personally oversaw the work of architects and engineers participated in the selection of materials, and acted as test samples spectator seats. 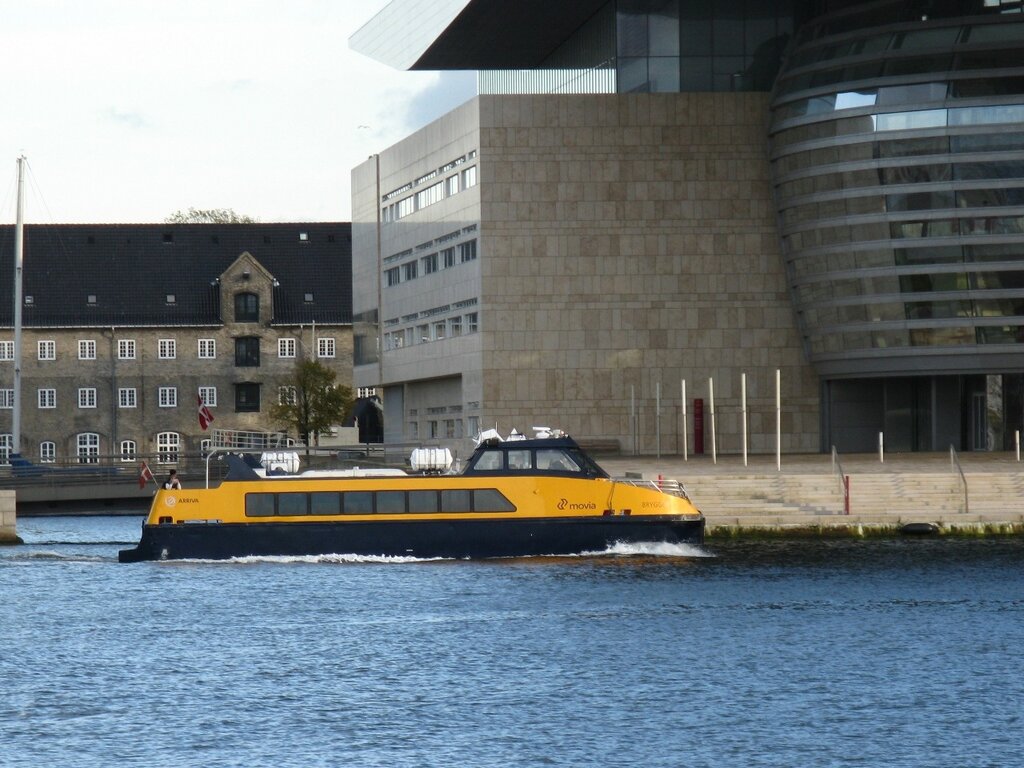 Construction was completed in October 2004, the Grand opening took place on 15 anera next year in the presence of Prime Minister of Denmark Anders Rasmussen and Queen Margrethe II. 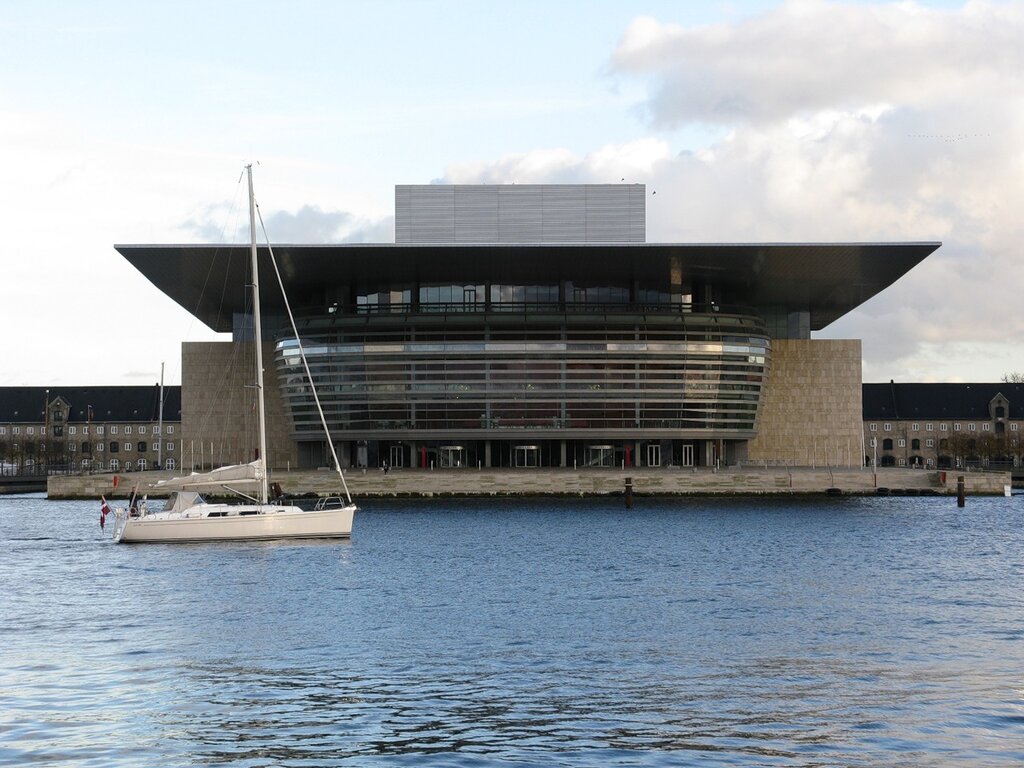 Copenhagen Opera became the most technologically advanced theater in the world. The main stage has five quick change pads, convertible room can accommodate 1492 1703 or the viewer, depending on the size of the orchestra, the orchestra pit can accommodate up to 110 musicians and is the largest in the world. The acoustics of the hall has been designed to get the perfect sound quality in any place. From the huge glass lobby offers a wonderful view of the city. Of course, all this cost me a lot - the theater was the most expensive public building in the world - built at a cost of half a billion dollars. The ultra-modern temple of art raised the curtain for 2 years before such high-tech building Opera in Oslo.