The Royal Palace is located on the third island, which can be reached by a bridge over a wide moat-channel. 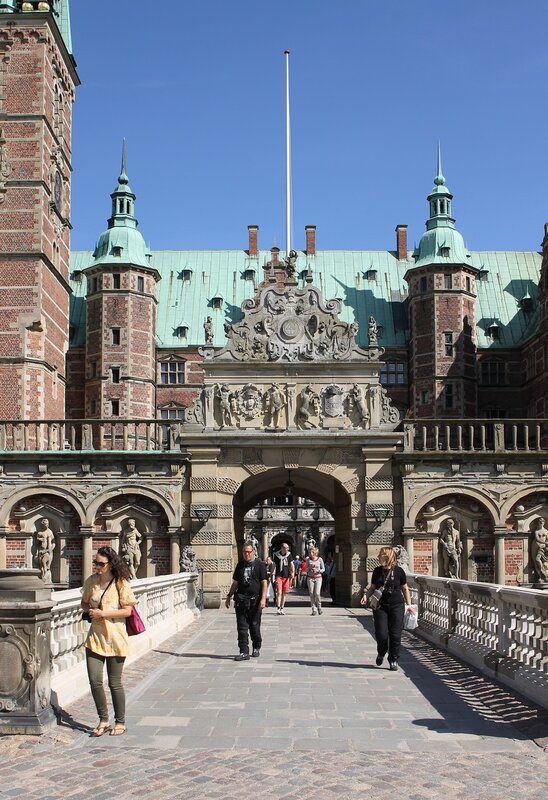 The gate, decorated with the monogram of Christian IV, was built in 1610. 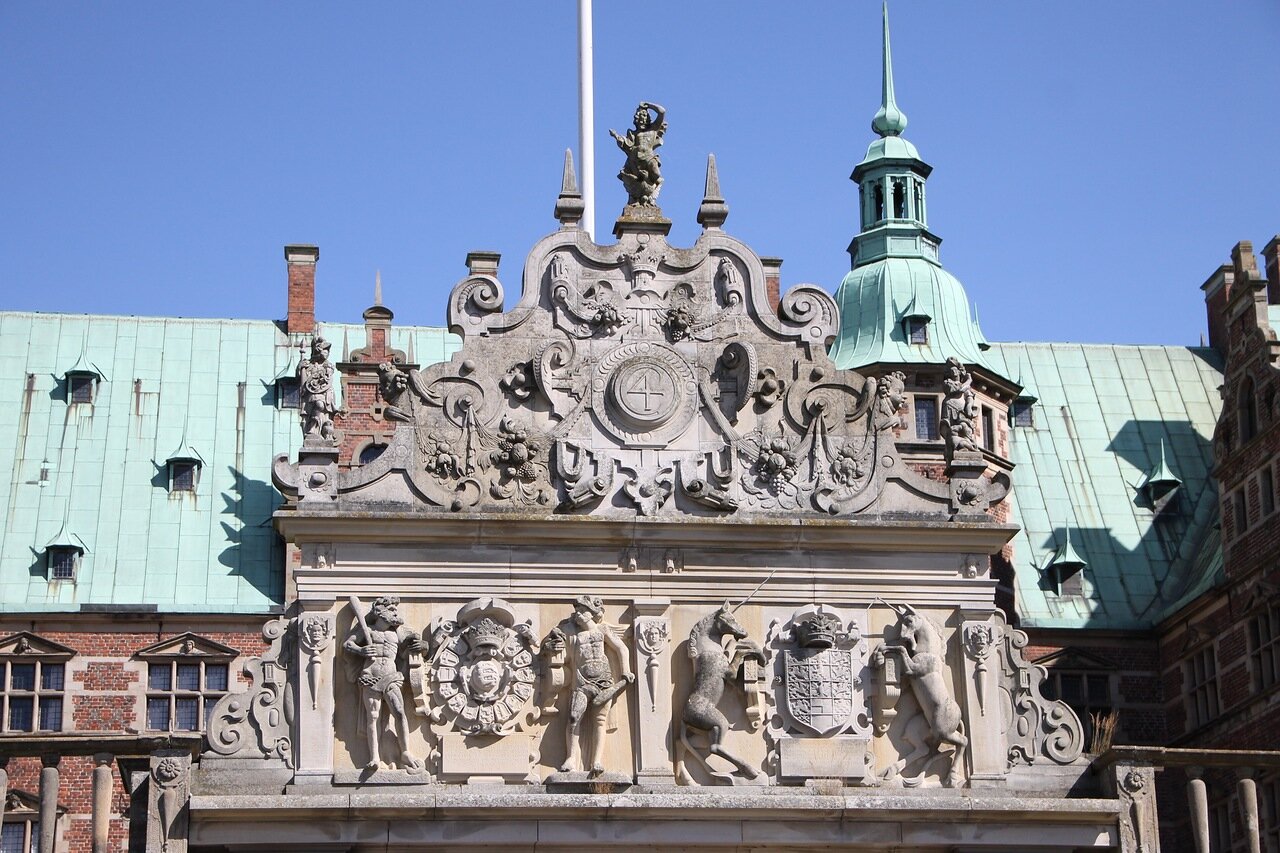 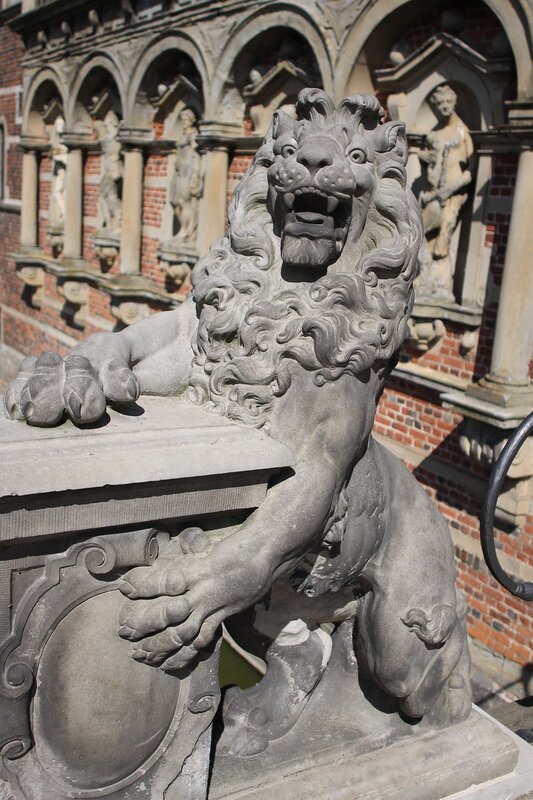 The building has three wings - the Western one servesThe Royal chapel, the Northern one is occupied by the Knights ' hall, and the Eastern one is called the Princess's apartments. 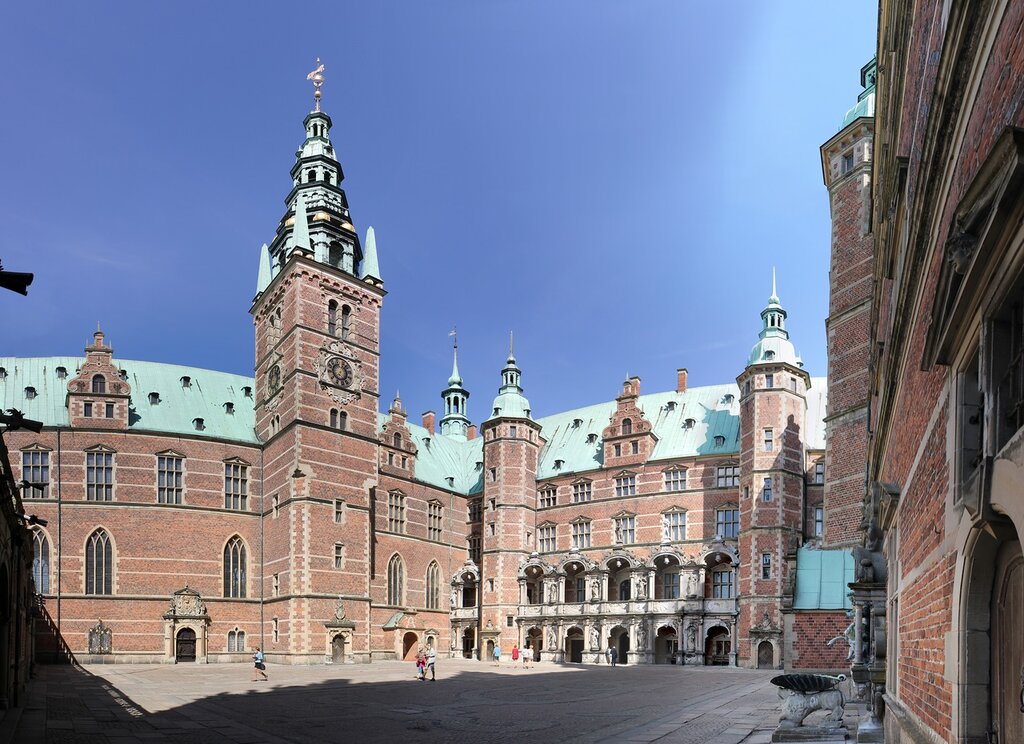 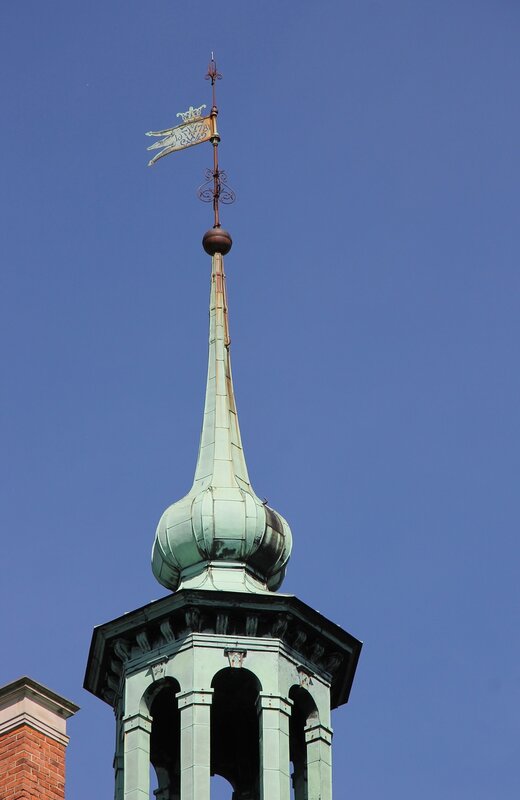 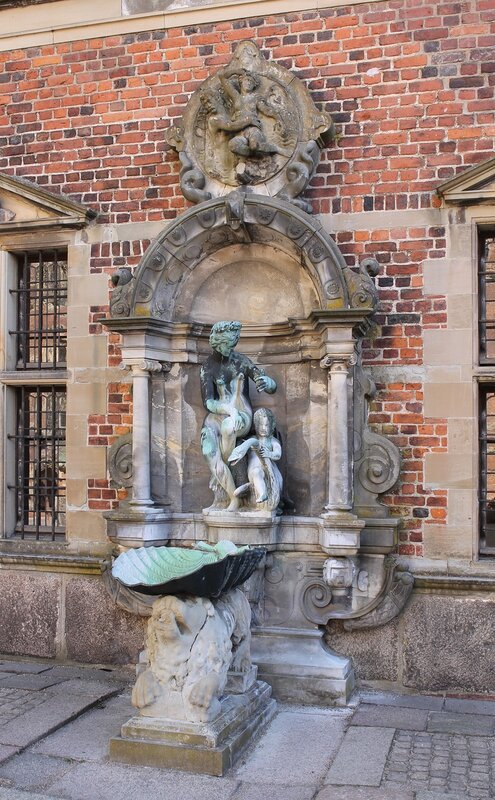 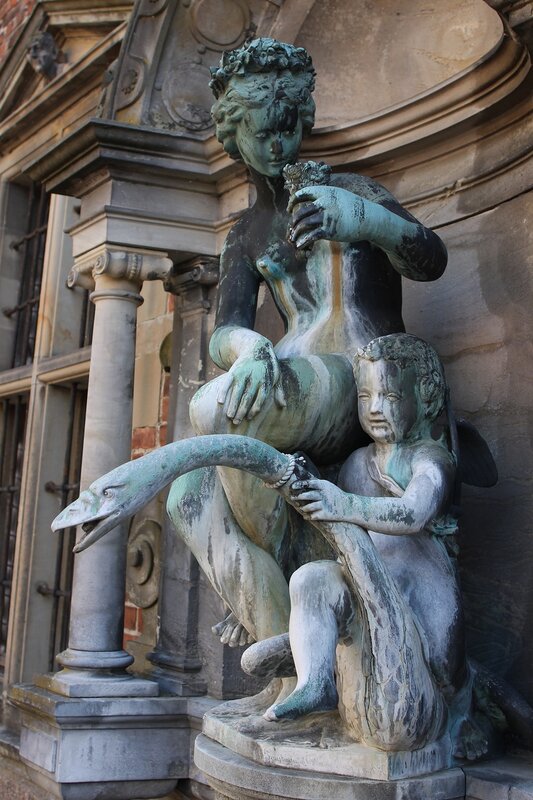 The new castle lived a peaceful life for about 40 years, until the war with Sweden began. The Palace was captured by Swedish troops in 1657 and looted, and many pieces of art were taken to Stockholm as war trophies. 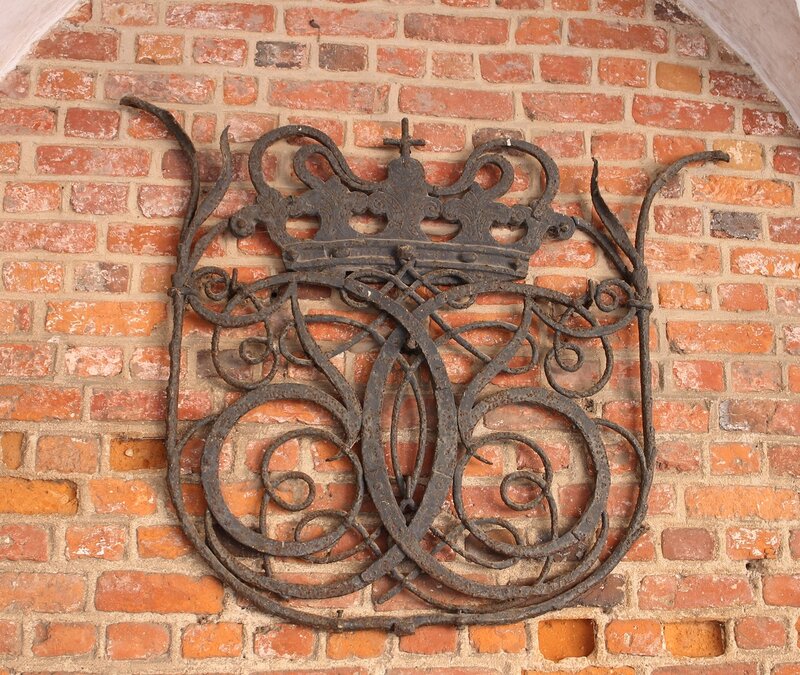 After the end of the war in 1659, work begins on the restoration of the Palace, which was completed only in the 80s of the 17th century, during the reign of Christian V. For this reason, Christian V became the only monk to be anointed outside the walls of Frederiksborg, while all other kings were anointed in The castle's chapel. 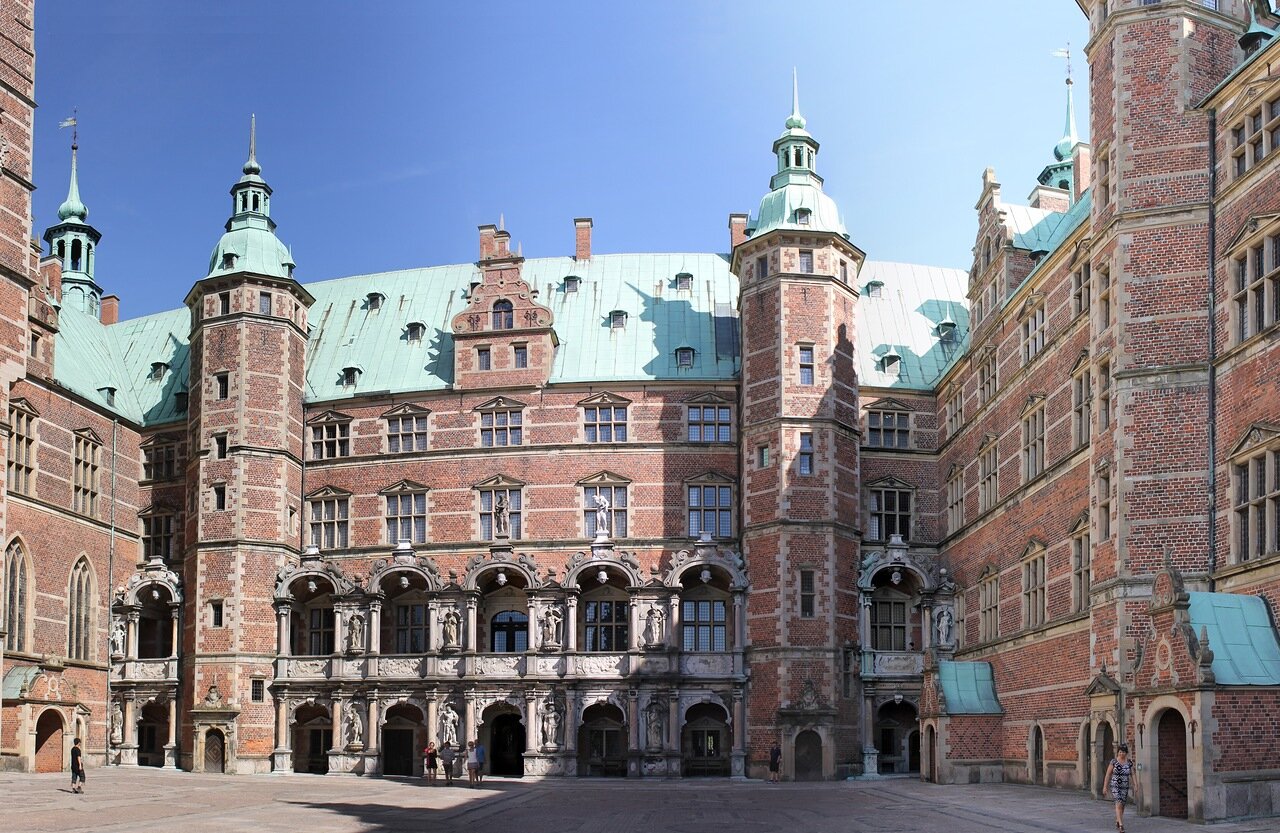 The facade of the Royal wing is a gallery decorated with marble sculptures. 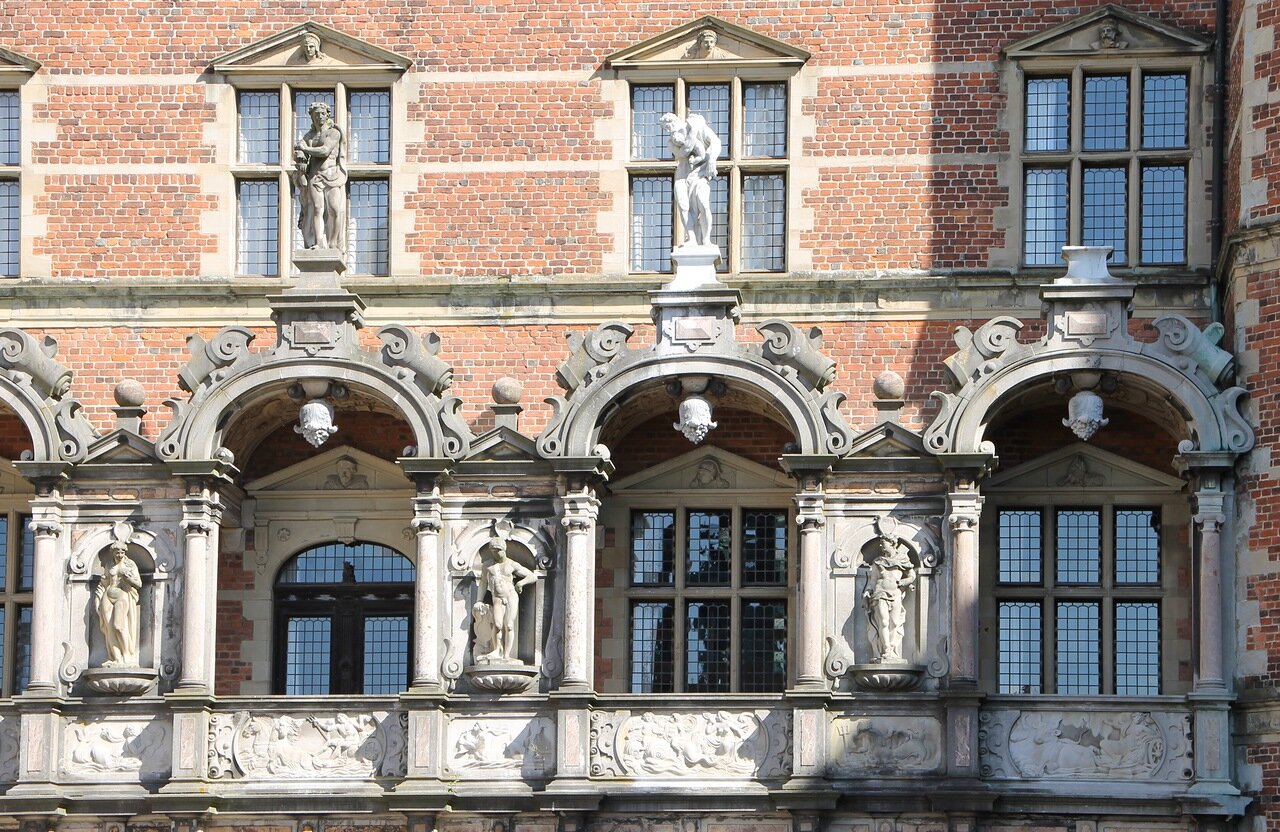 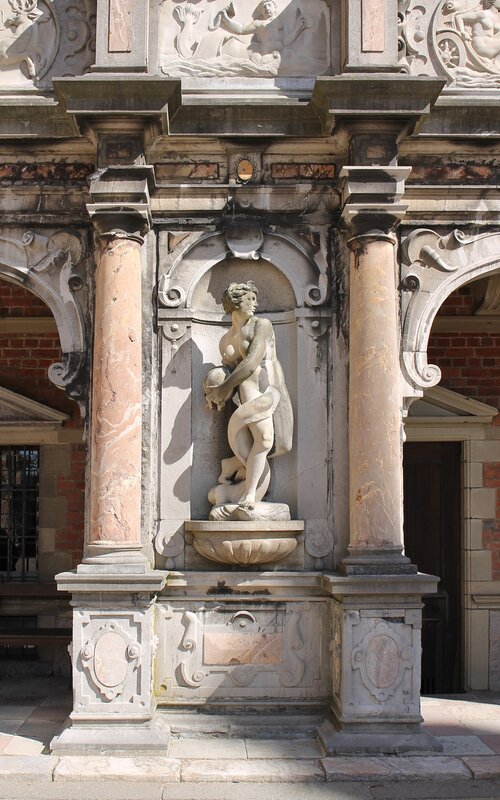 On the left side of the Royal building is the Knight's hall, the interior of which fully corresponds to the decoration of the time of the first owner of the Palace, Christian IV. 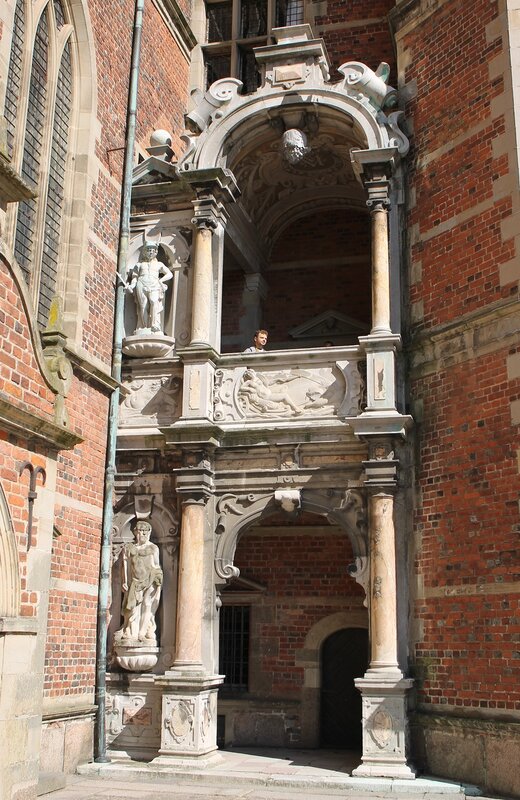 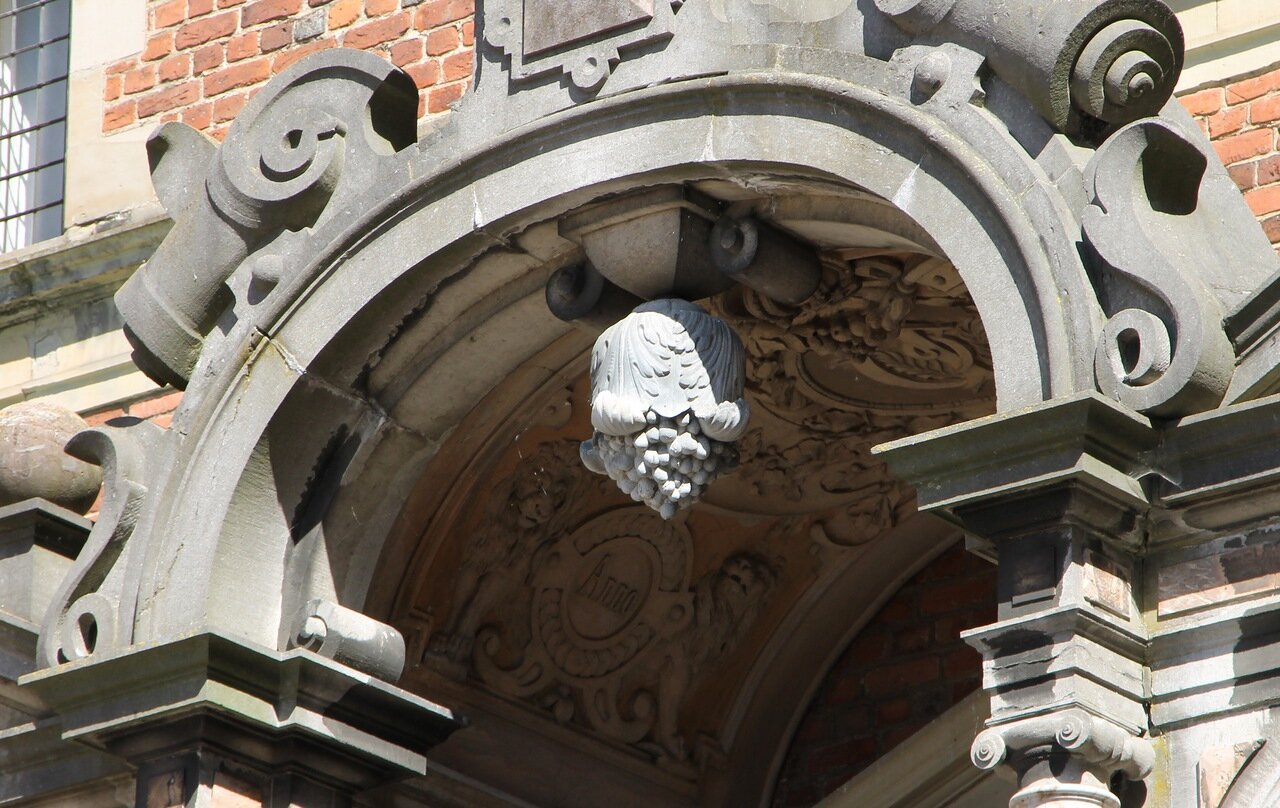 Almost a hundred fireplaces were used for heating the premises, and in the time of king Frederick VII, on the night of December 17, 1859, one of them caused a huge fire that destroyed most of the interior of the building and magnificent collections of art objects. 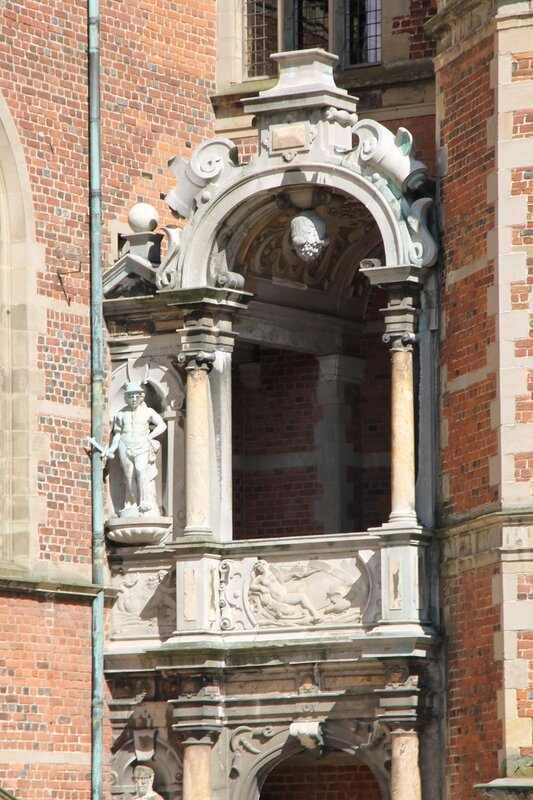 The Danish authorities allocated funds for the repair and restoration of the castle and supported private individuals, the most significant contribution was made by the owner of the brewery "Karlsberg" Jacob Jacobsen, who proposed to make the Palace a state-level Museum. 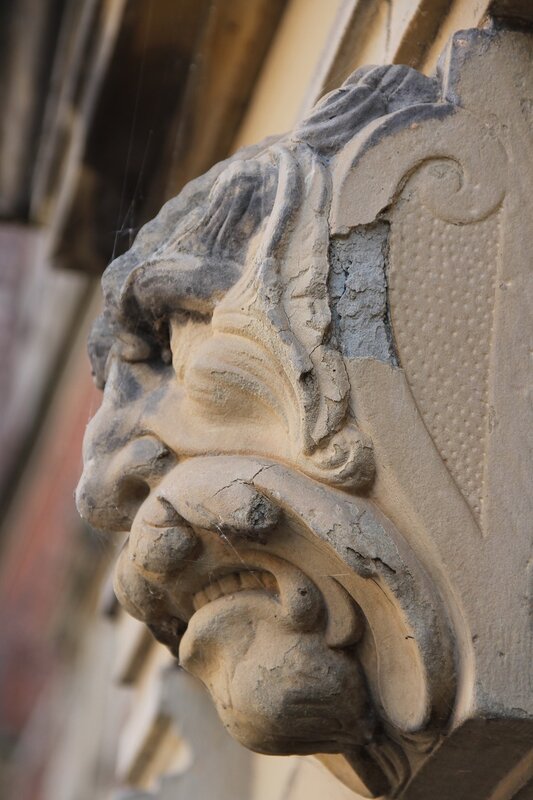 The works were completed two years later, and the Palace was opened to the public on February 1, 1882, receiving the name "Museum of national history". Currently, the Museum contains paintings, tapestries, furniture, tableware and other items from four centuries of Danish history. 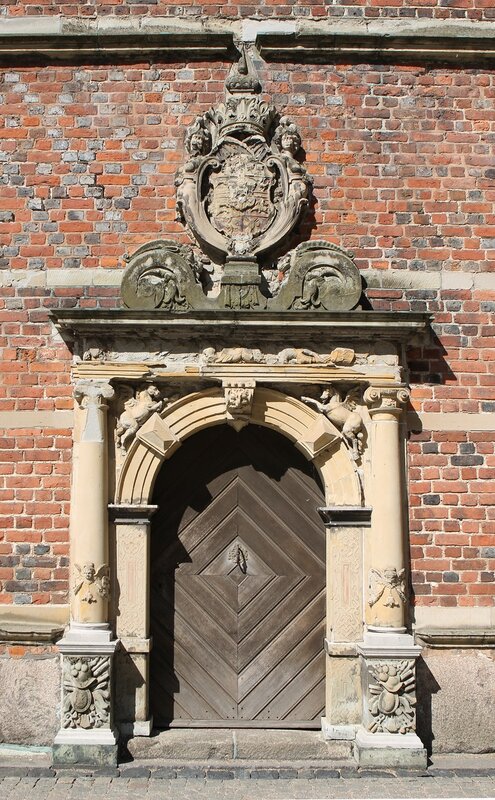 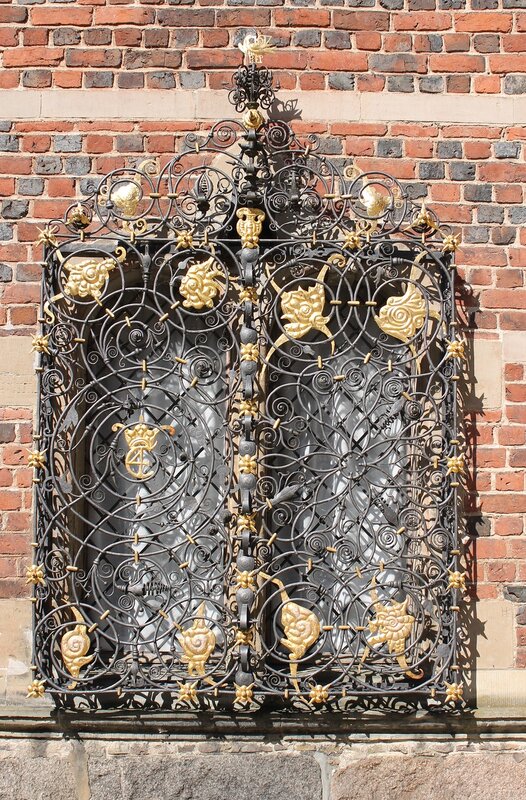 In 1993, the Museum halls were filled with works by contemporary artists, which occupy the entire third floor of the southern and Eastern wings of the castle. 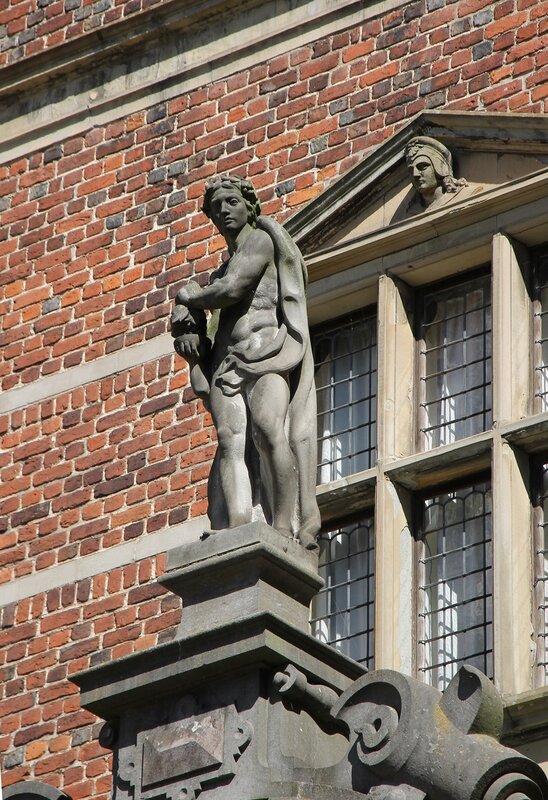 From the South, the courtyard is separated from the canal by a gallery built in 1610, under the arches of which there is a collection of sculptures. 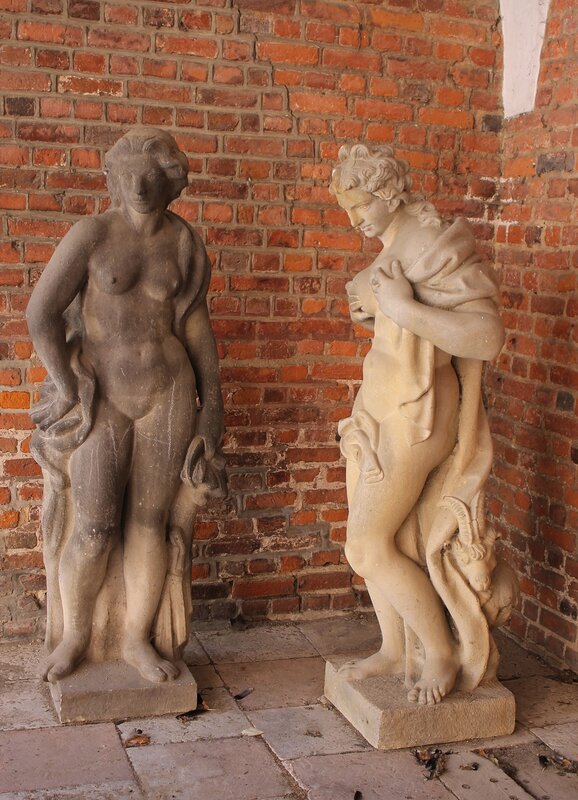 The gallery is decorated with drains made in the form of toothy dragons. 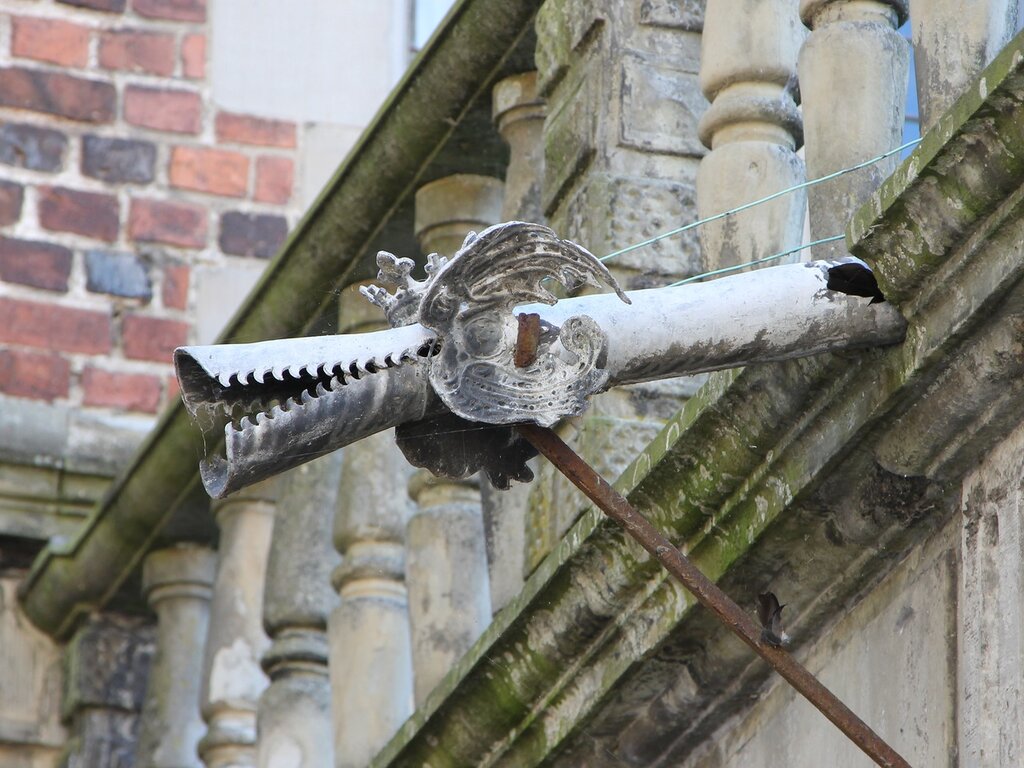