On the square in front of the bridge leading to the inner courtyard of the castle, there is the Neptune fountain (Neptunspringvandet on the map). 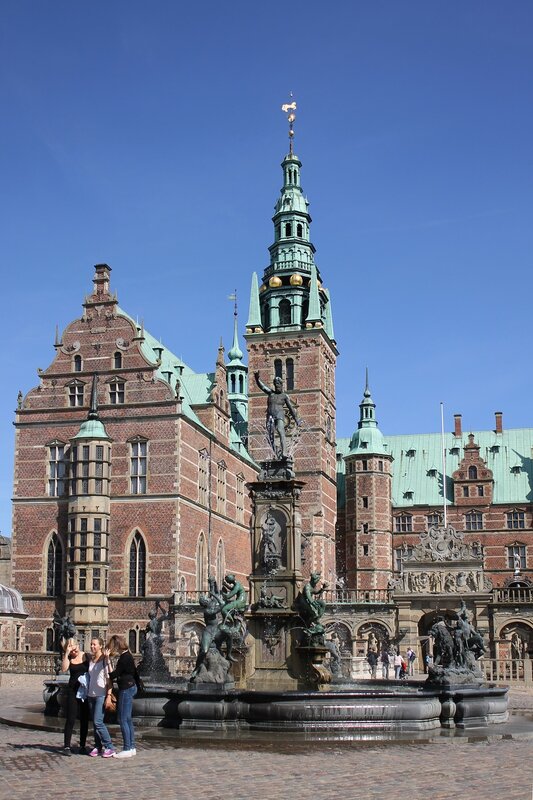 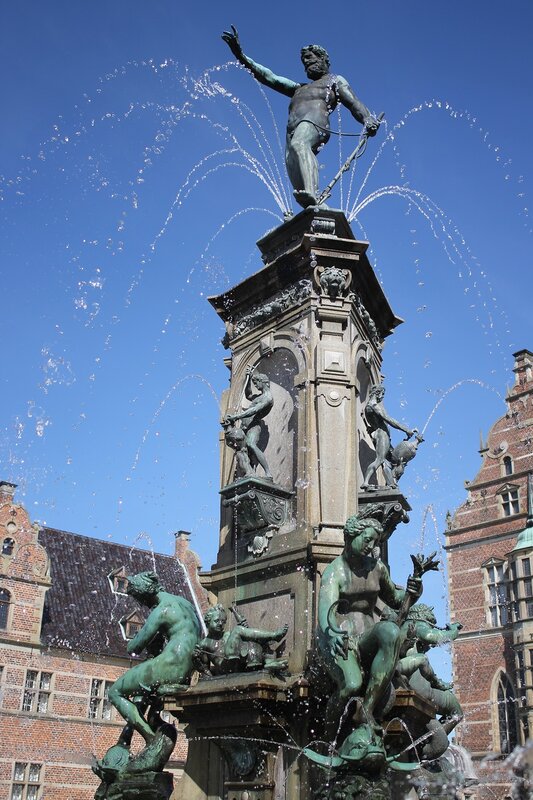 The sculptures were finished three years later and delivered to Denmark at the end of 1619, and the fountain was completed early the following year. 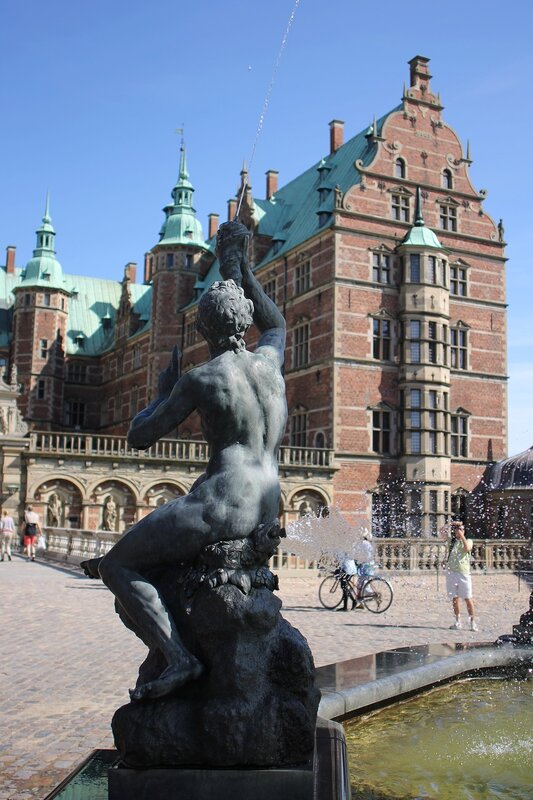 The figure of Neptune, according to the king's idea, was supposed to symbolize the supremacy of Denmark in the Baltic sea. 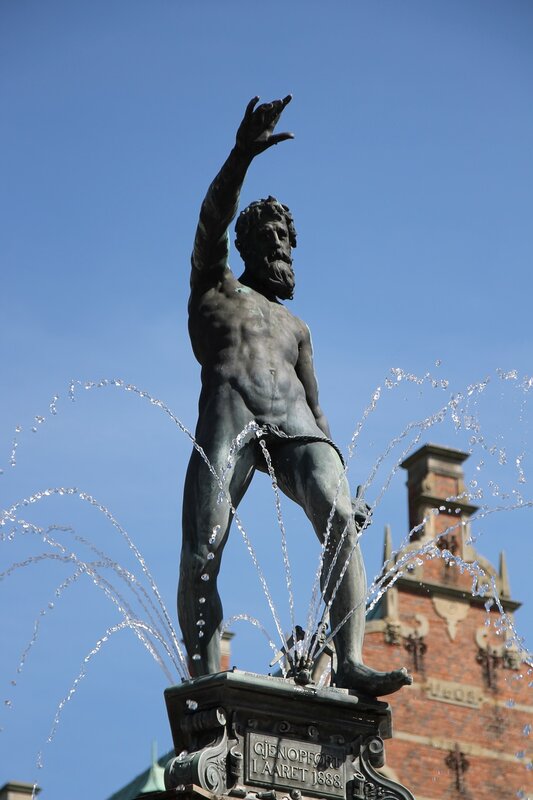 The fountain decorated the castle for 40 years, until the castle was captured by Swedish troops during the war of 1659. The Swedes dismantled the bronze sculptures of the fountain and took them to Stockholm as war trophies. in 1690, the statues were installed in the Park of Drottningholm Palace near Stockholm. In 1888, according to old drawings and descriptions, the fountain was restored. The new sculptures were created by Henrich Hansen. 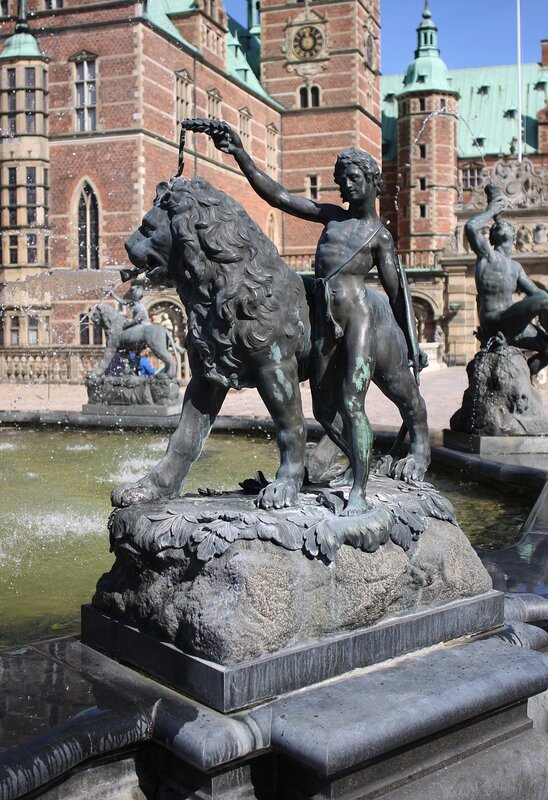 The lion figure with Christian VI's monogram meant, of course, the king himself. 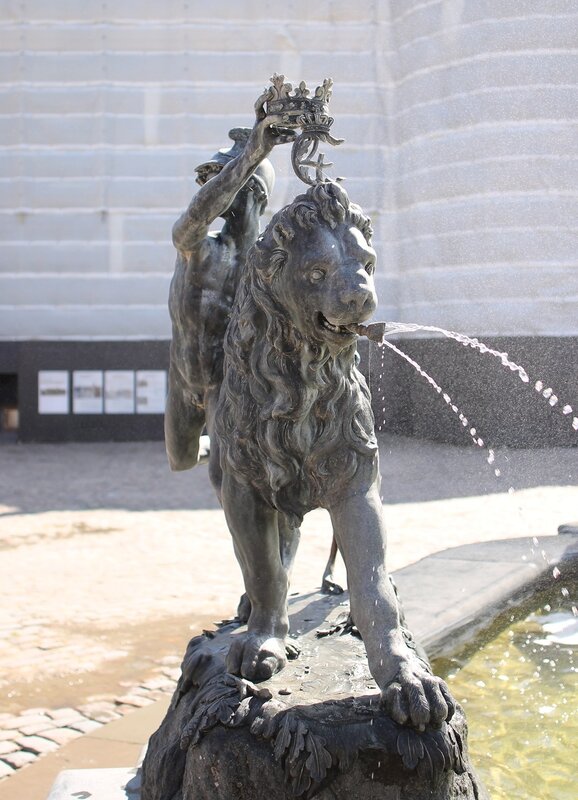 Mercury holding the crown signified the commercial potential of the Danish Kingdom. 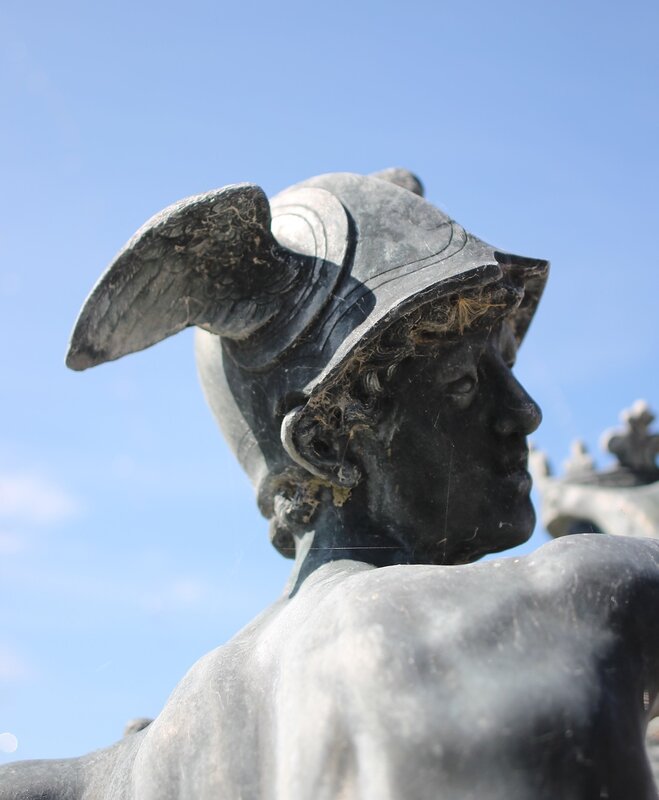 To the right of the fountain is the building of the castle Chancery. 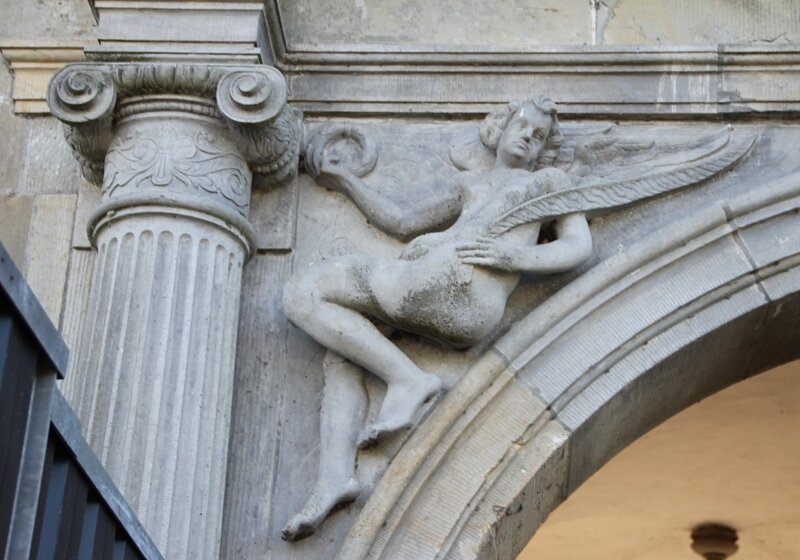 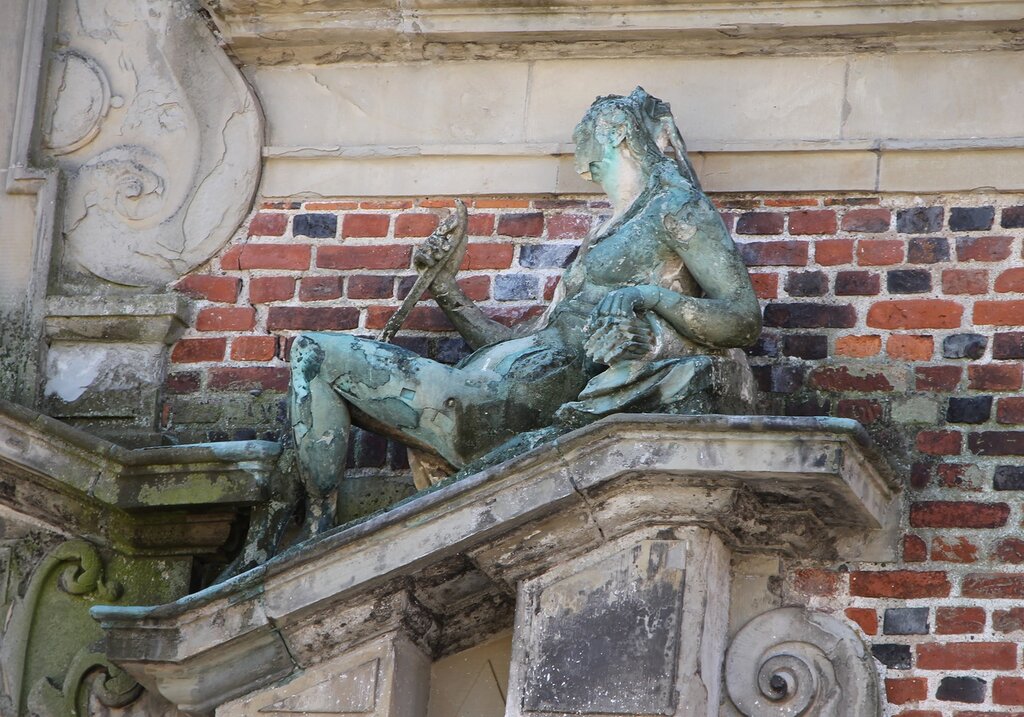 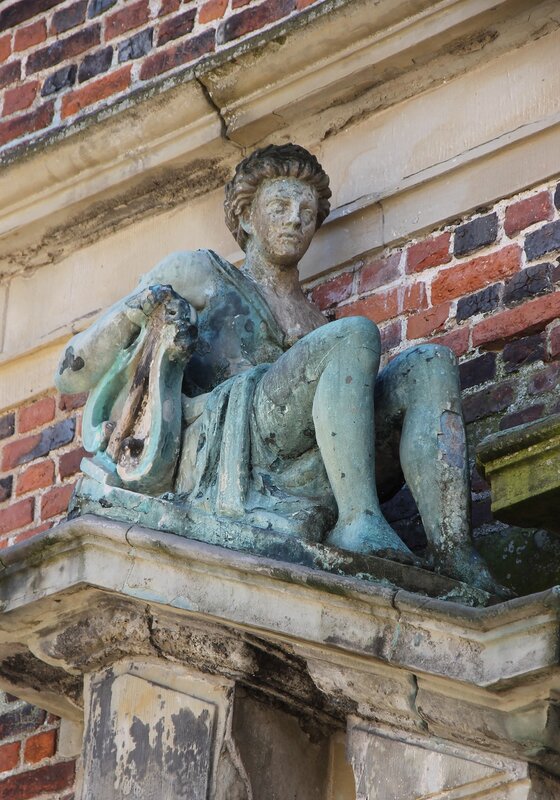 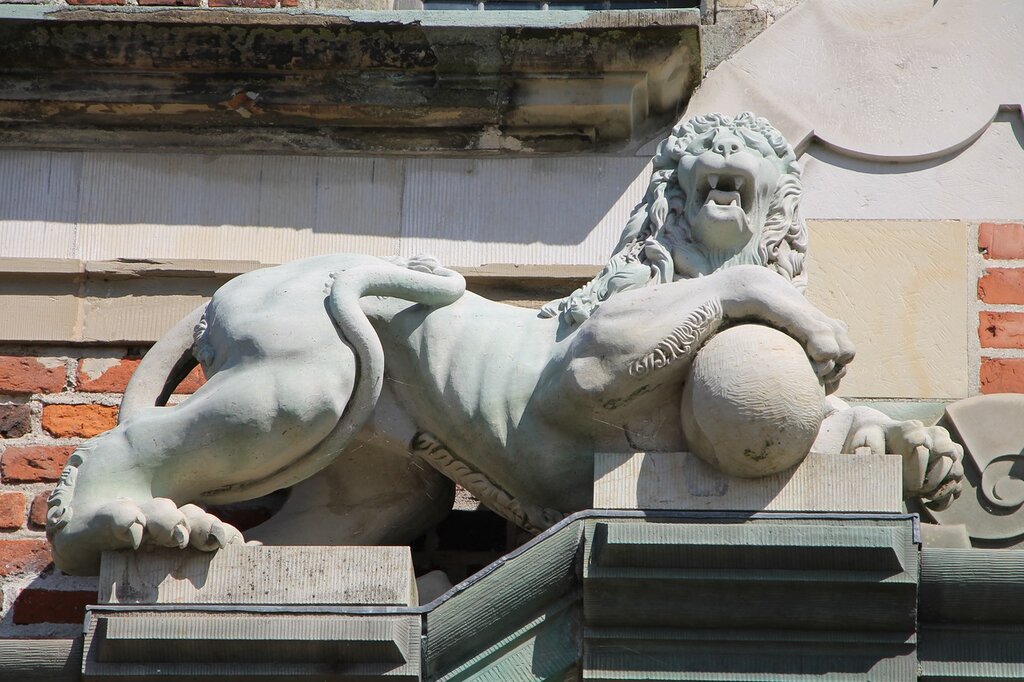