East of the Nordhavnen area under construction in the sea, there is a Fort "Trekroner" (Trekroner Søfort, on the map) - one of three artificial Islands built in the beginning of the 18th century, which were part of the defense system of Copenhagen.

One of them, Middelgrundsfortet (Middelgrundsfortet) we went through several before, its located to the East of the fortress Flakfortet (Flakfortet). The original location of the tracker was a few hundred meters North of the current Location. In 1713, three old ships were sunk in that place, and their hulls became the basis for the installation of an artillery battery. One of the sunken ships was named "Trekroner" - "three crowns", this name was given to the artificial island. 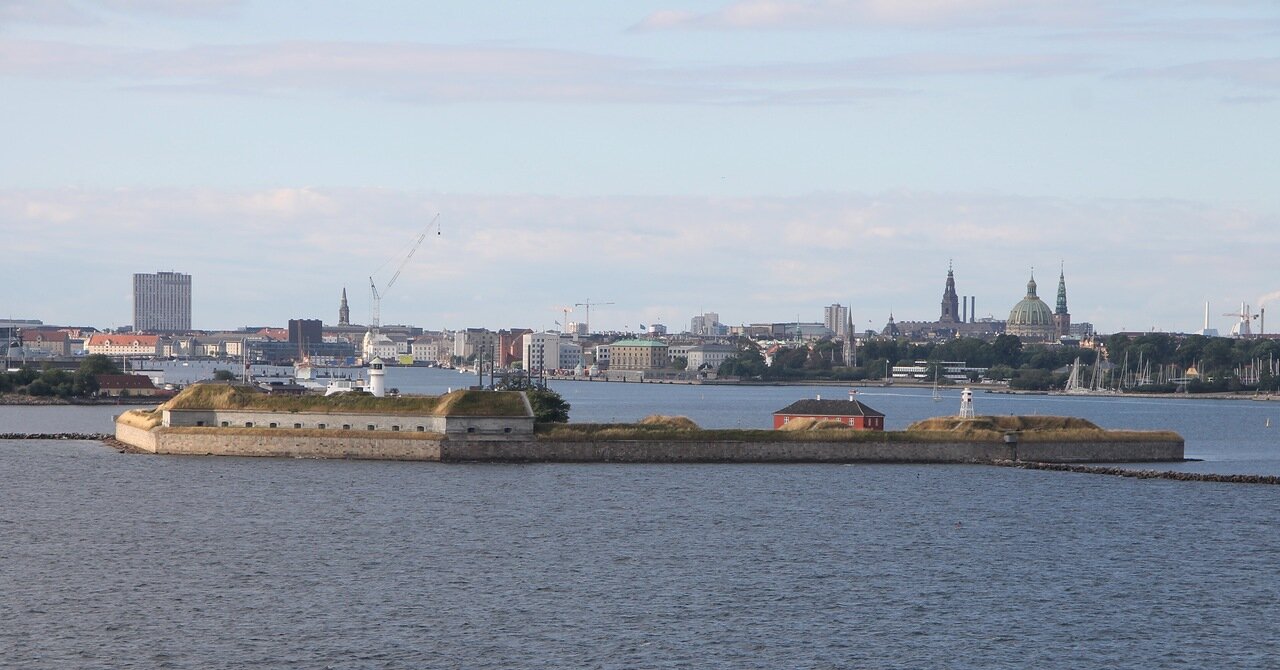 The present Fort was built in 1787 and took an active part in the fighting during the Anglo-Danish war - in the battle of Copenhagen in 1801 and the bombardment of the city by a British squadron in 1807. The Fort was reconstructed in 1818, 1828 and 1860, as a result of which the area of the island and its height above the water were significantly increased. The Fort's batteries at that time numbered fourteen twelve-inch guns, two ten-inch guns, six seven-inch guns, and three dozen smaller guns. 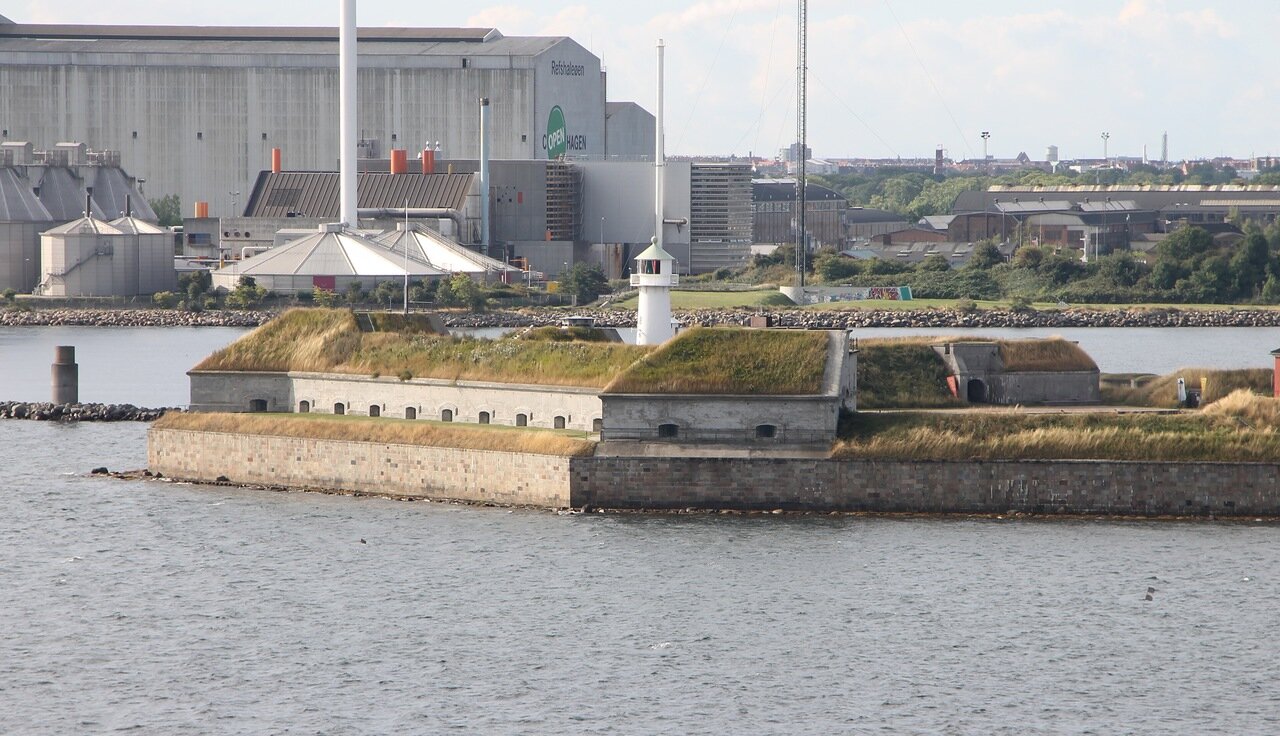 The plan of the fortress from the website http://www.fortunfortet.dk. There you can also view photos of the Fort's batteries and casemates.

During the German occupation, the fortress was used as a barracks. After the civil war, the Fort was abandoned until 1984, when it was renovated and opened to the public. The Fort is open to the public daily from 10 am to 5 PM, and you can get there by ferry from The langelinie docks. 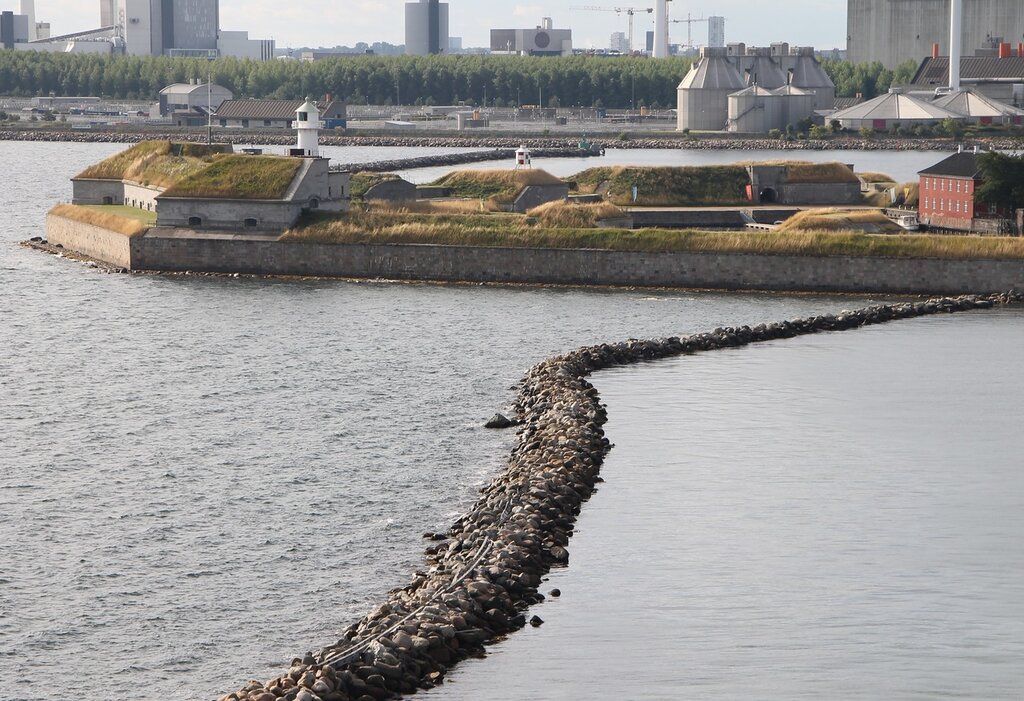 From the fortress opens a wonderful view on the Strait of eresund and fantastic picture Resursnogo bridge and wind farm Middelgrunden. Another artificial island, Fort Flakfortet, is visible on the right. 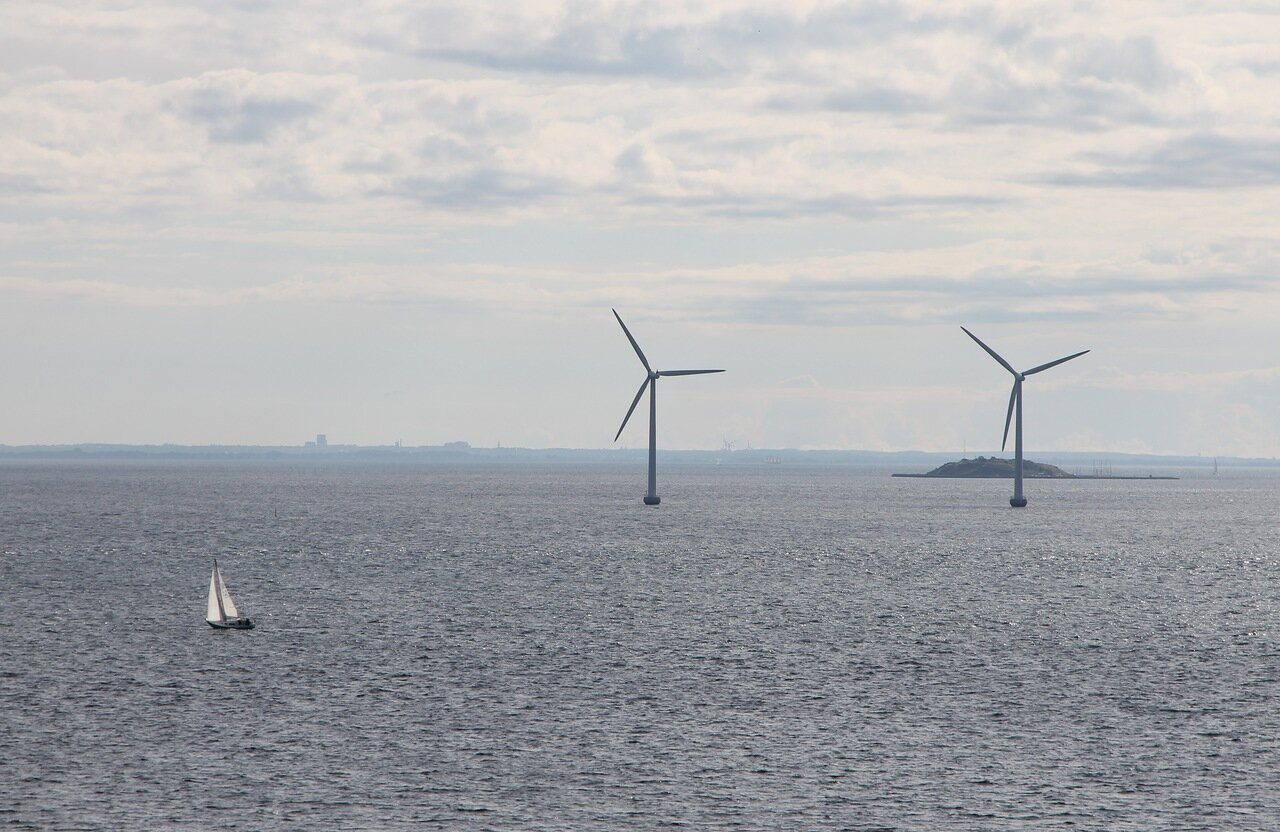