The main attraction of the City Hall square (Rådhuspladsen), as you might guess, is the monumental building of the city administration, Københavns Rådhus. At first glance, it may seem that this is a medieval structure, but it is just over a hundred years old, and this is the sixth building of the city Hall, the second and fifth still exist, the rest were lost during fires. Construction of the current City Hall began in 1892, the winner of the architectural competition Martin Nyrop created a building in the style of National romanticism (Scandinavian Art Nouveau). The medieval appearance is explained by the fact that the architect drew inspiration from the works of Italian masters of the 13th-14th century. In the City Hall of Copenhagen, you can see the features of similar buildings in Siena and Florence. Construction took 13 years, and the town Hall was opened on September 12, 1905. 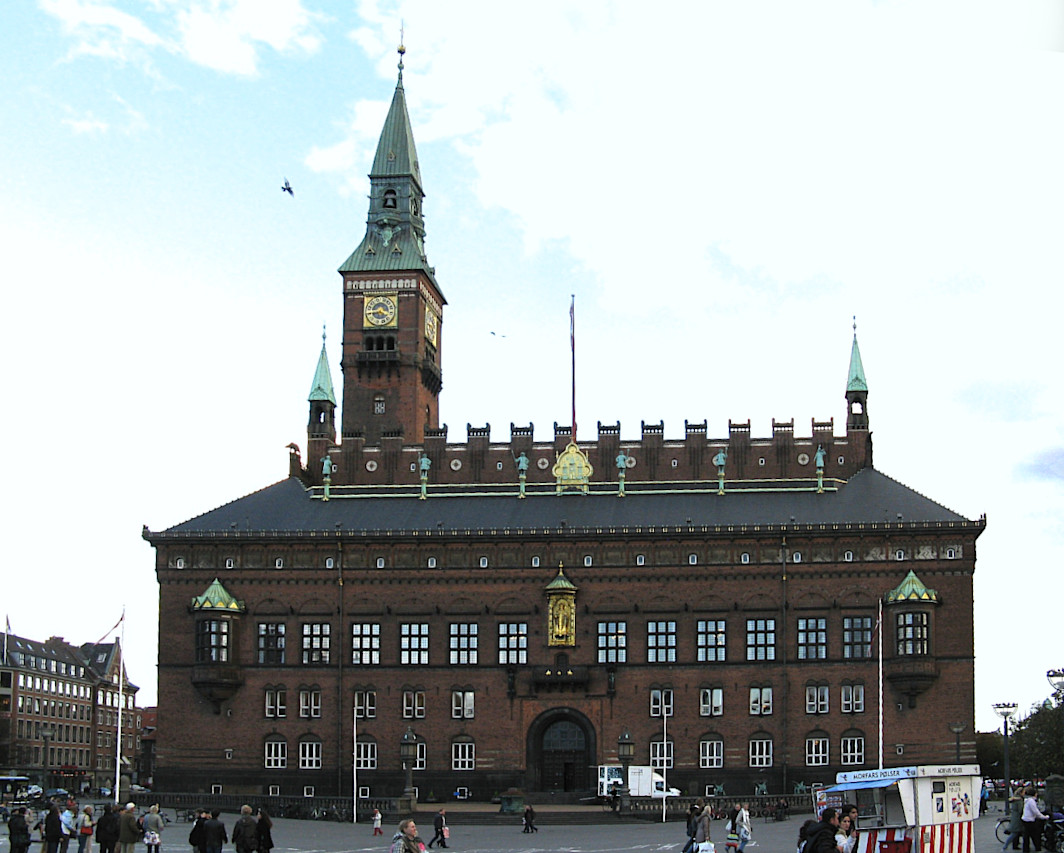 Above the central portal, we see a golden bas-relief of Absalon, a 12th-century political and religious figure who marked the beginning of Denmark's independence from the Holy Roman Empire. 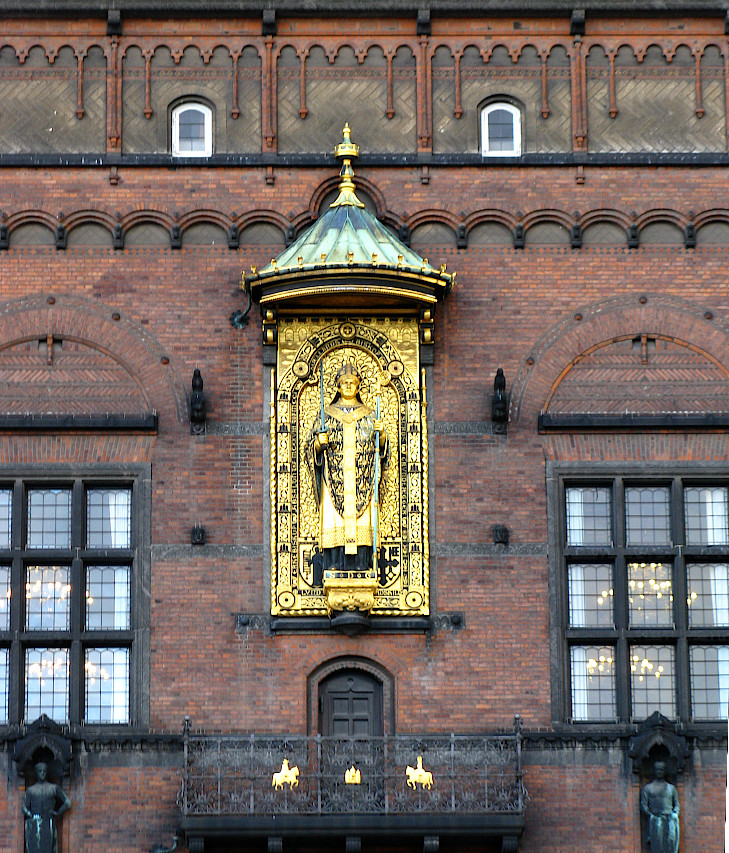 Above is the coat of arms of Copenhagen, which is guarded by two bronze guards with maces. The cornices and balconies are decorated with copper and gold-plated elements. The crenellations on the roof again refer to the architecture of medieval Italy. 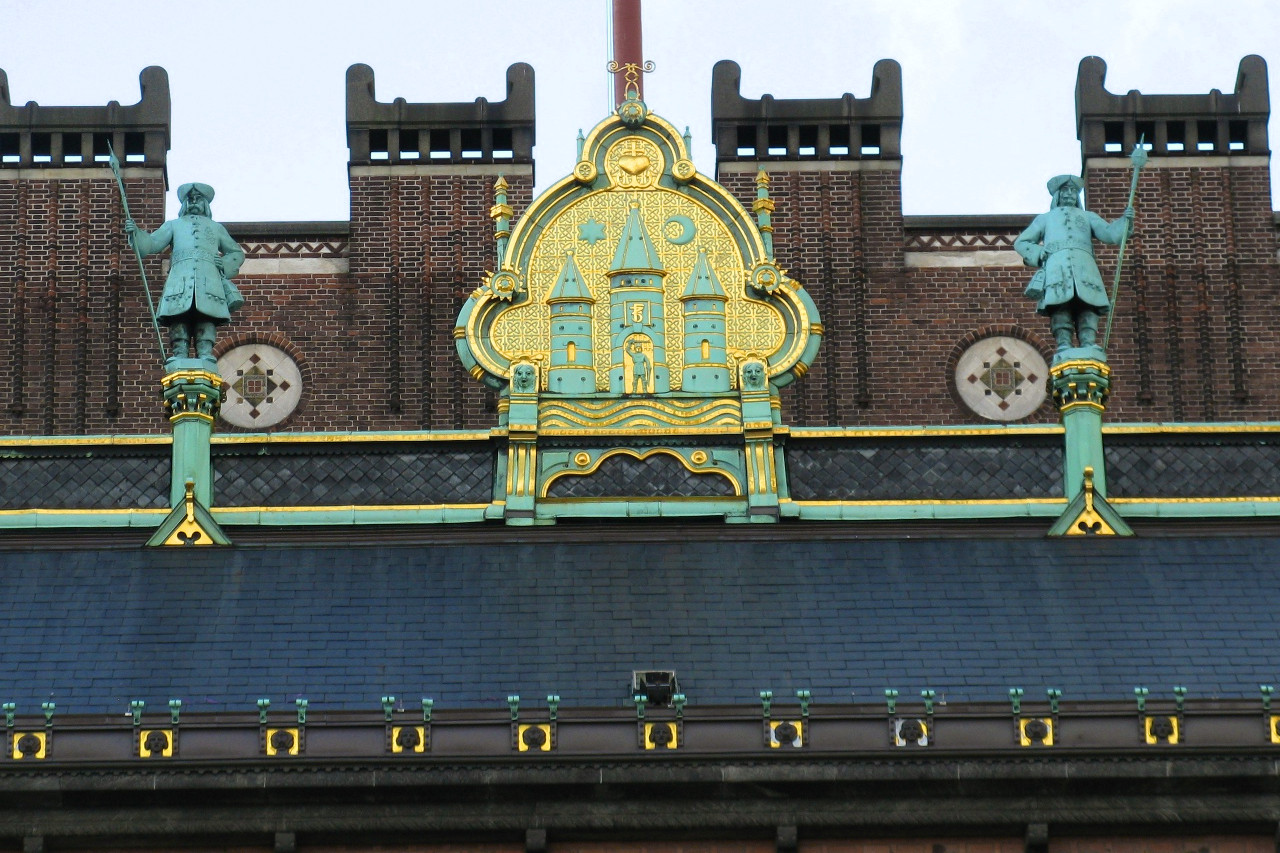 Above the left part of the facade stands an elegant tower with a pointed spire covered with copper sheets. Its height with a weather vane is 105.6 meters, it is one of the tallest buildings in Copenhagen. 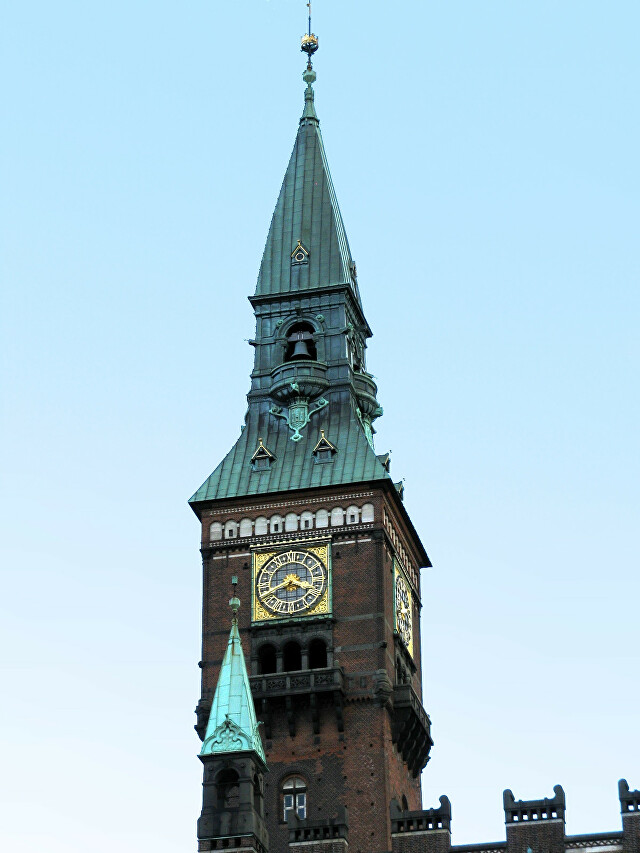 The bells of the tower clock can be heard every noon, as well as at 12 o'clock on new Year's eve. 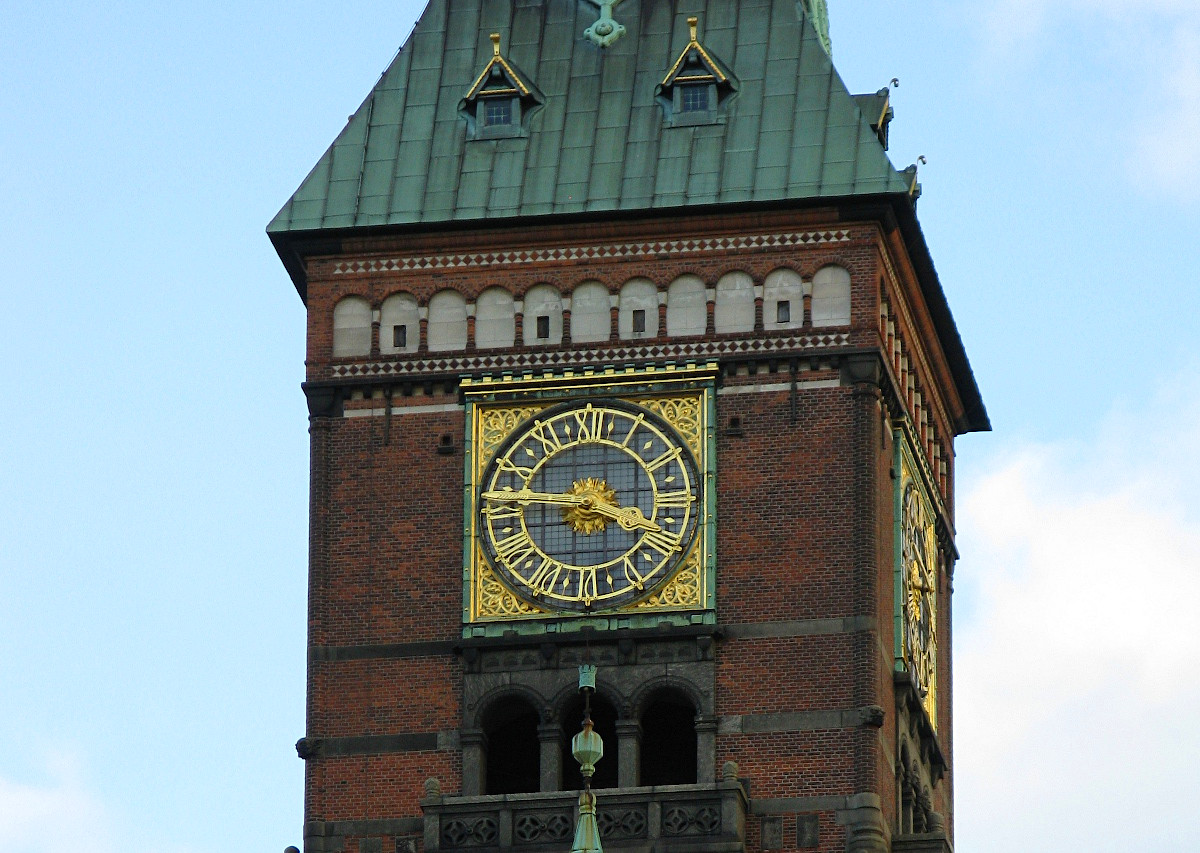 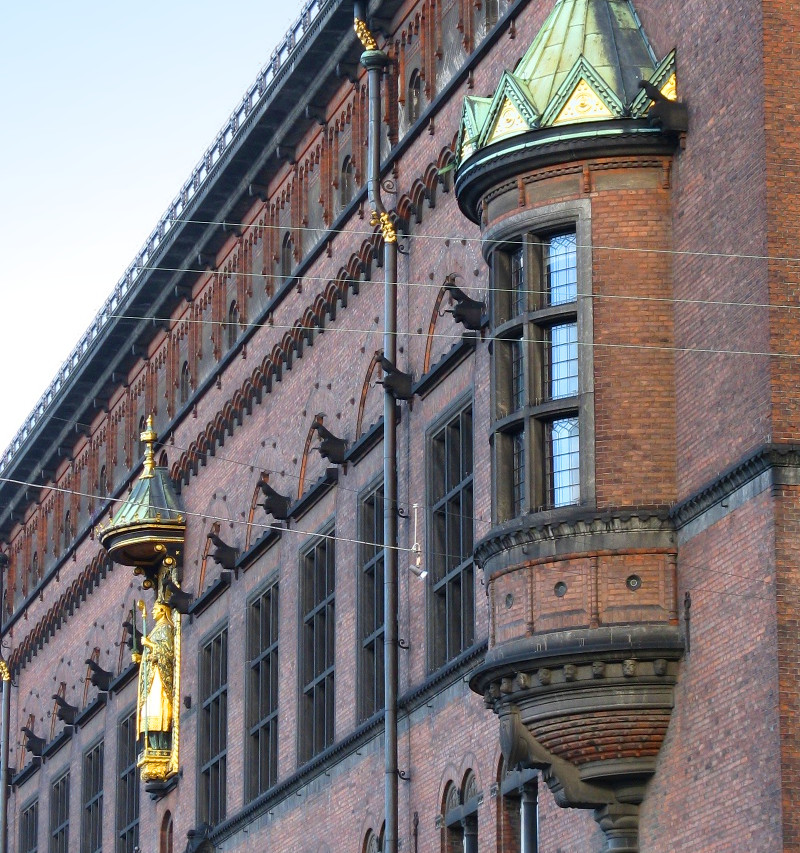