To the right ofThe design Museum houses the Cathedral of St. Ansgars (Sankt Ansgars Kirke, Katolsk Domkirke on the map). In as a result of the victory of the reformation in Denmark, the Catholic Church was prohibited, and the 1624 law threatened Catholic missionaries and priests are subject to the death penalty. After the thirty Years ' war it was done relief for embassies, they were allowed to have their own Catholic chapels. In 1764, the Austrian Embassy bought the Bredgade street plot and Maria Trezia's funds were used on it a chapel was built. Over time, the authorities became more tolerant of Catholics and in 1840 on the site of the chapel began the construction of a large churches. The neoclassical Cathedral was built according to a German design designed by Gustav Friedrich Hetsch and opened on 1 November 1842. And in 1849, the democratic Constitution was adopted, and in 1849, the Denmark has lifted religious restrictions. 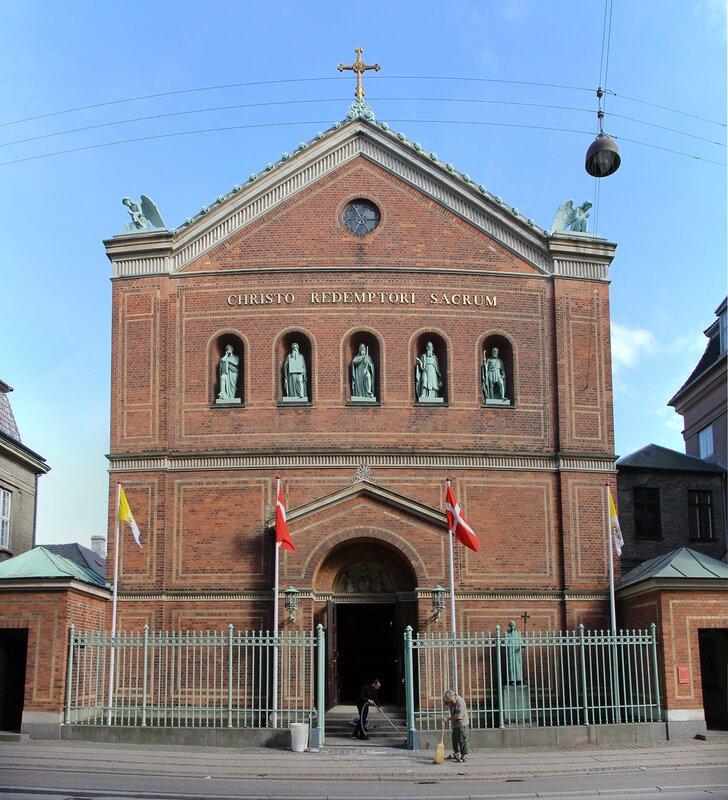 The building of the Supreme court of Western Denmark (Vestre Landsret). 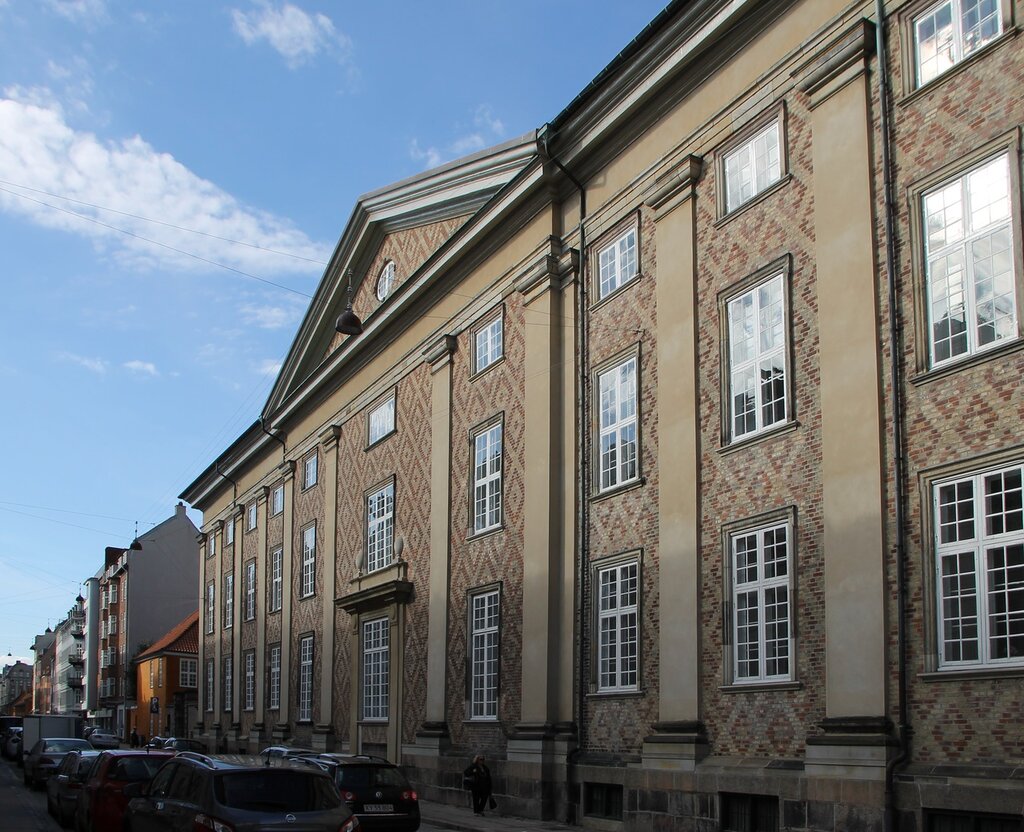 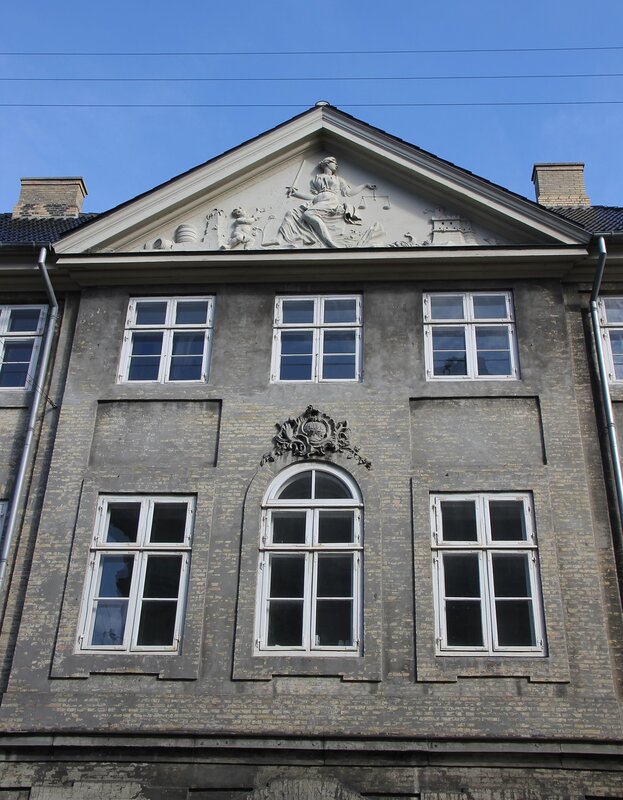 A figure representing Justice. Apparently, this building is also related to the justice system. 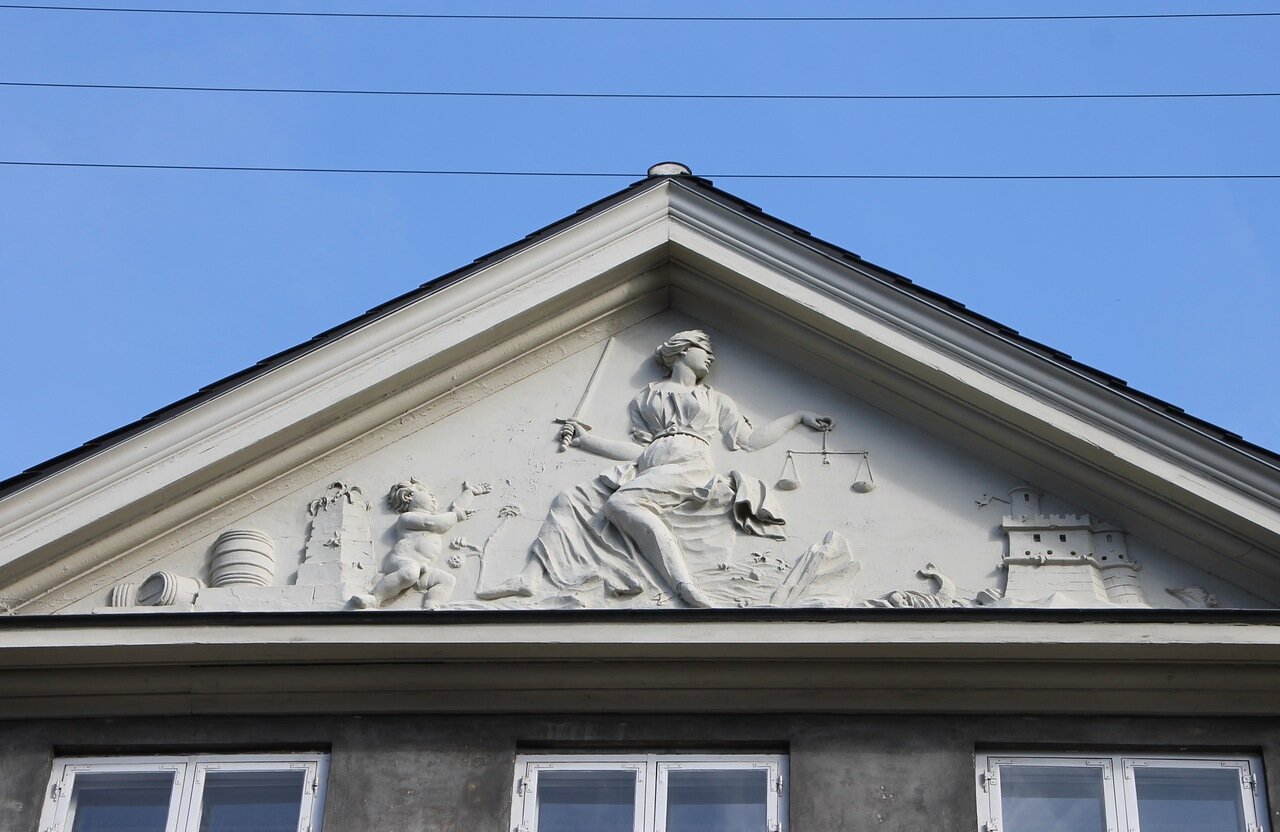 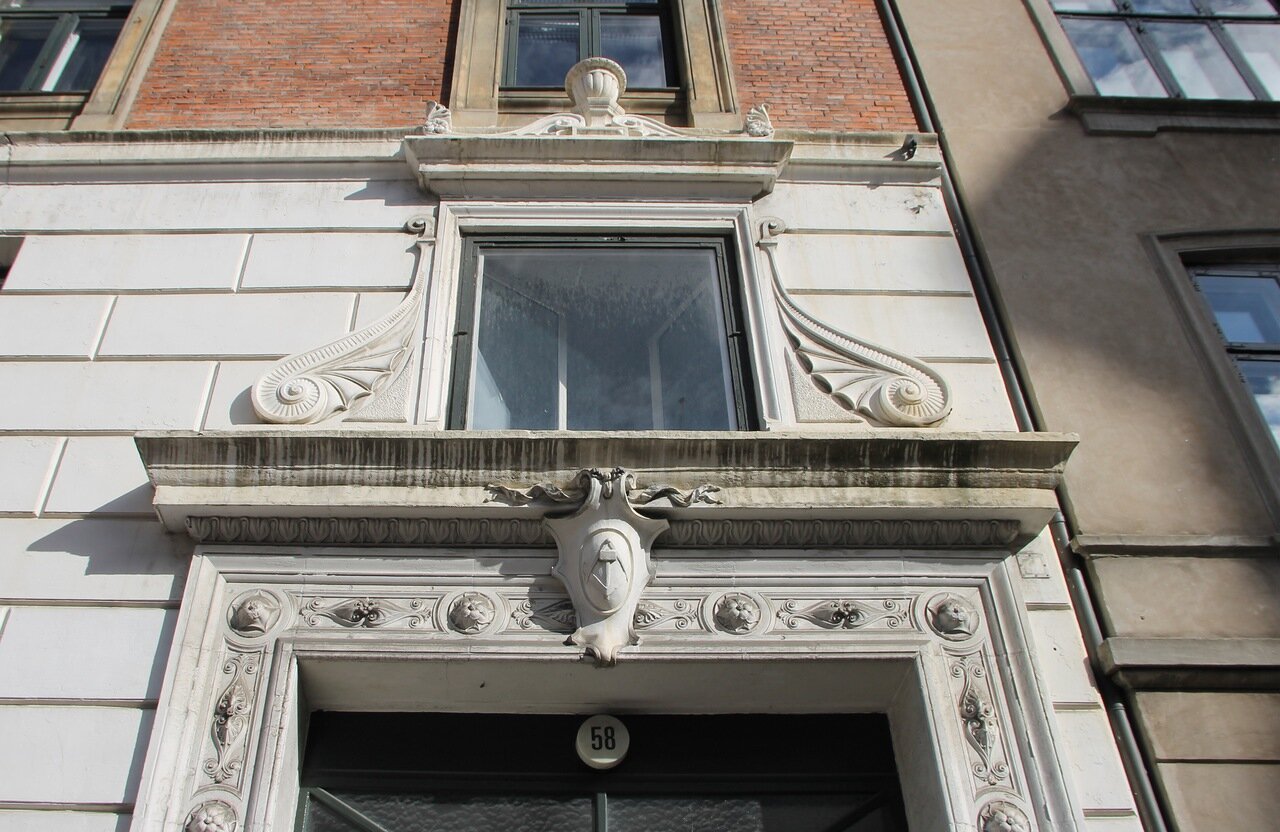