From the north, Frederiksberg castle is surrounded by a large park, forming a single ensemble with palace.

Frederic IV, being still the crown Prince, traveled a lot in France and Italy, where he met the best examples of palace architecture. 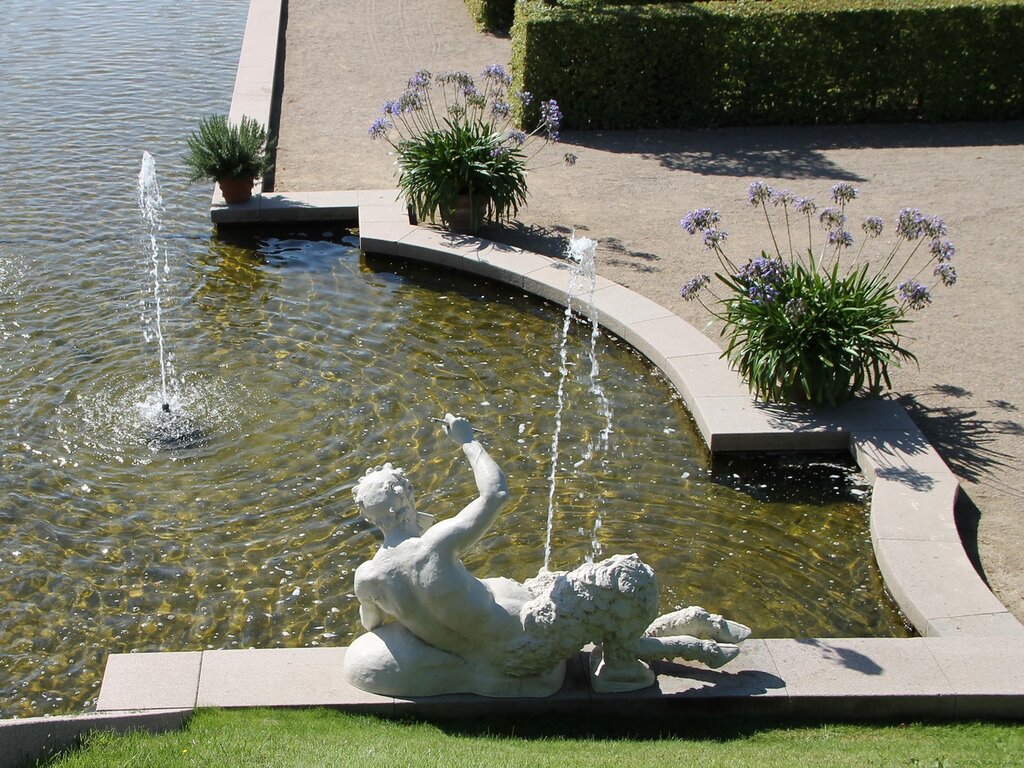 Returning to Denmark, Frederik took up the reconstruction of his summer residence, the most important part of which was to be a large park area. Originally to the North of the palace on a gentle slope of the hill was a garden of the "parterre", typical for the era of the French Renaissance. In this park there were many canals and water cascades, which, however, did not really work because of the inefficient water supply system. 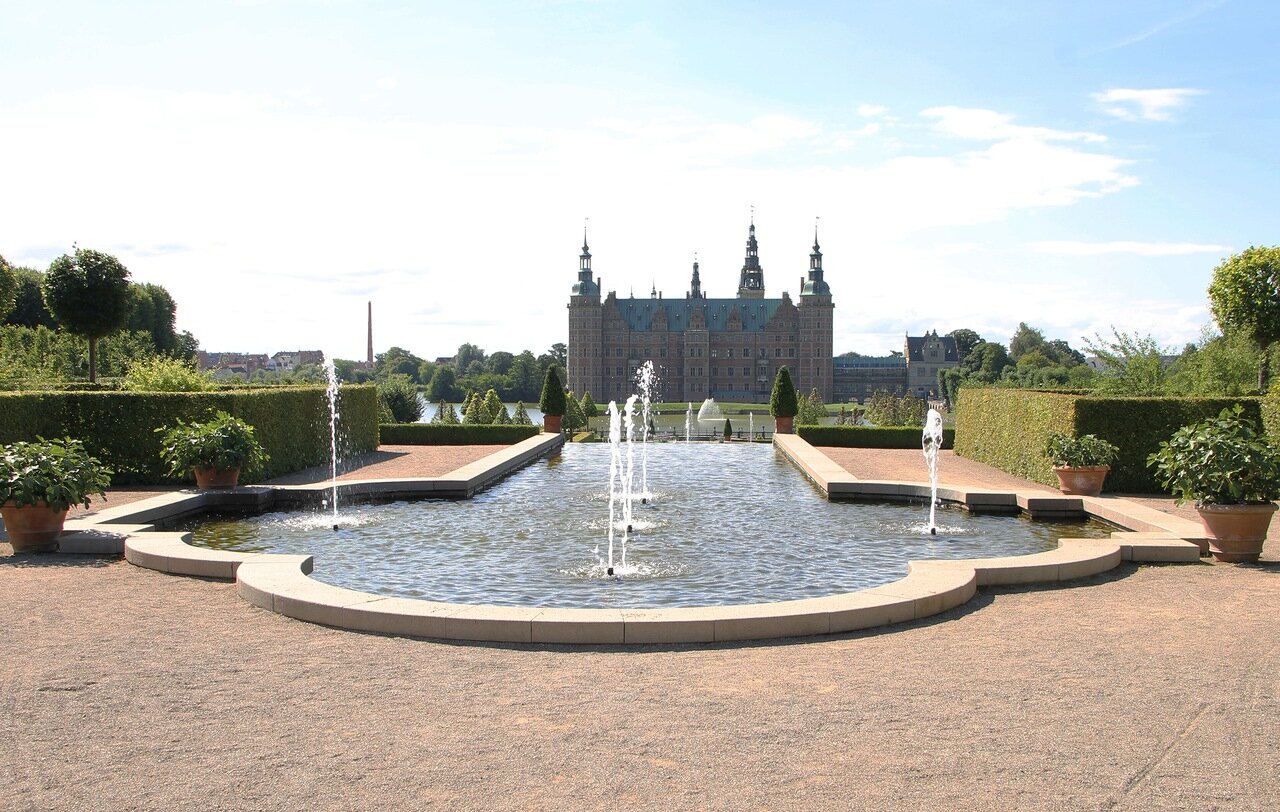 At the beginning of the 18th century Baroque style became fashionable, and Frederic commissioned the chief Royal architect Johan Cornelius Krieger restructuring the park in the spirit of time. The works were carried out in 1720-25 years, the result was a regular ("French") geometric layout, and the slope was replaced by terraces.. 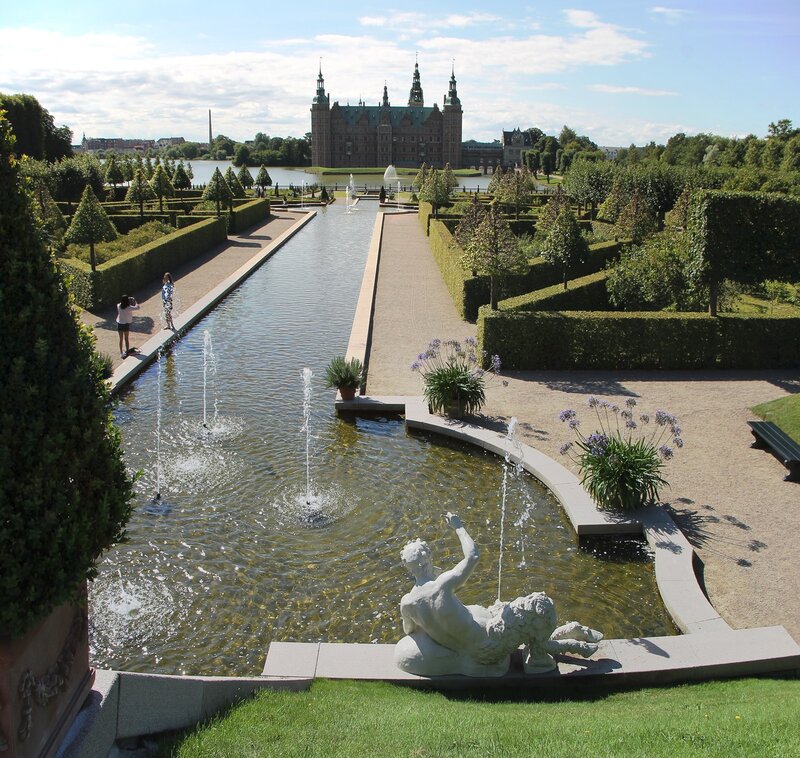 The central axis of the park forms a cascade of channels. 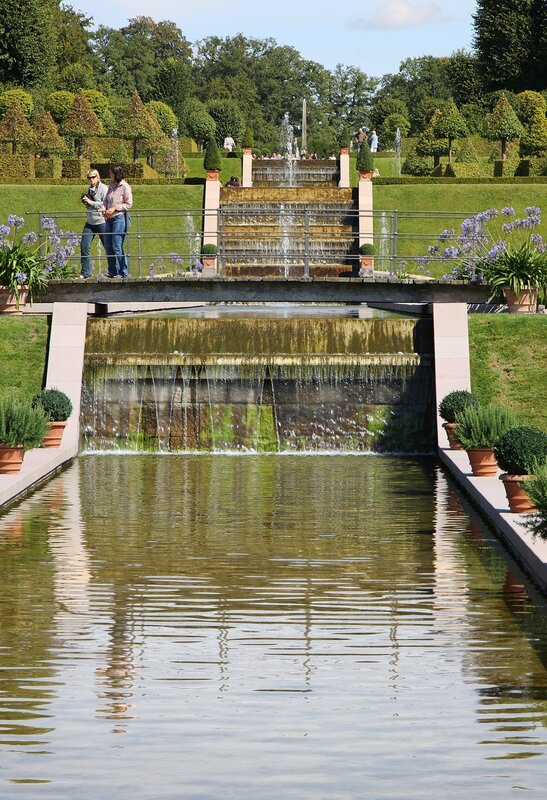 With waterfalls and bridges over them. 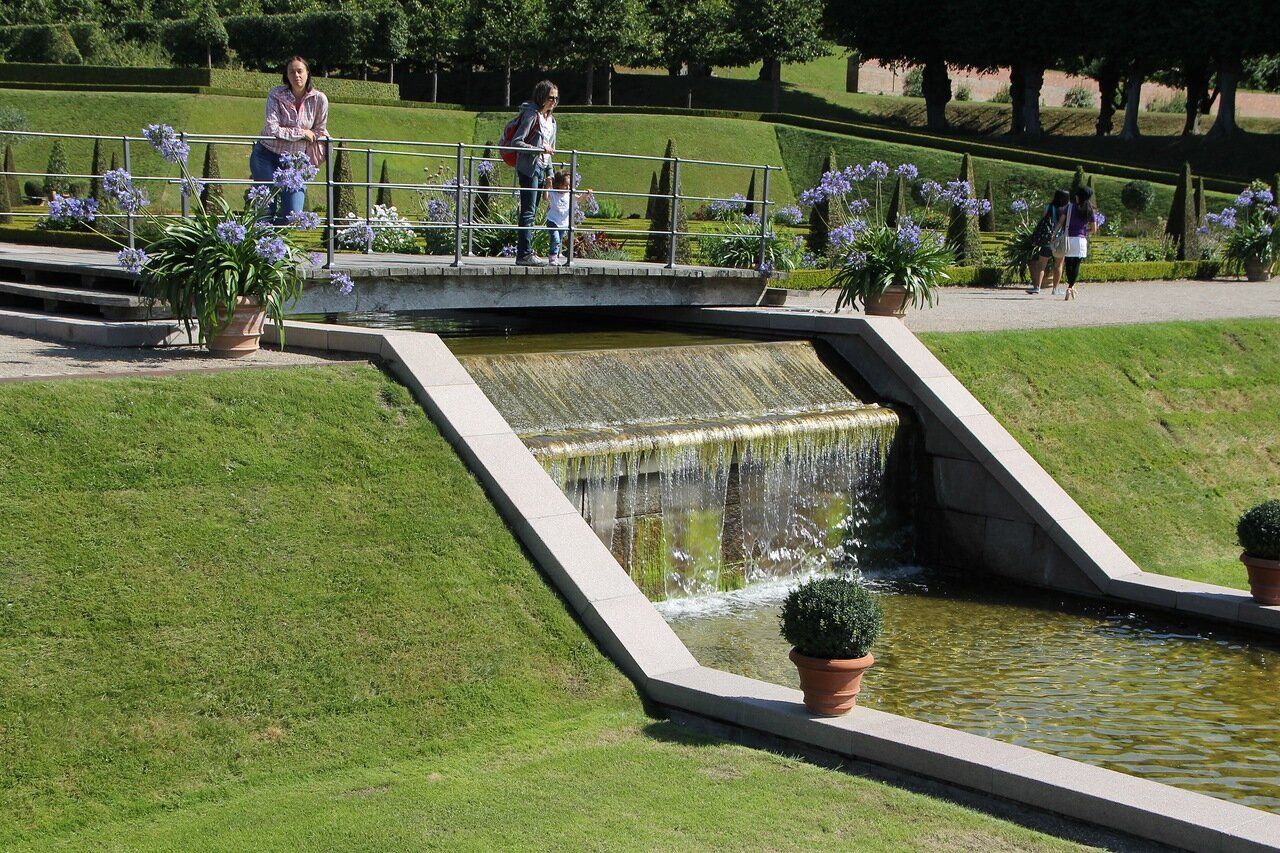 At the top of the hill, where the central canal originates, there is an obelisk in honor of Christian Ditlev Frederik Reventlow, Prime Minister and reformer of the early 19th century. Count Reventlov popular among the people as a defender of the rights of the peasants and the author of the law that abolished serfdom. 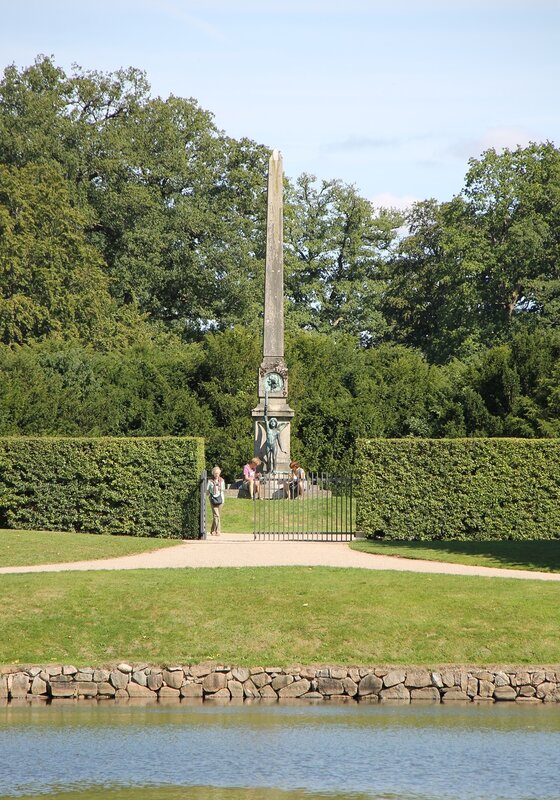 The upper terraces are alleys, divergent star from the fountains. 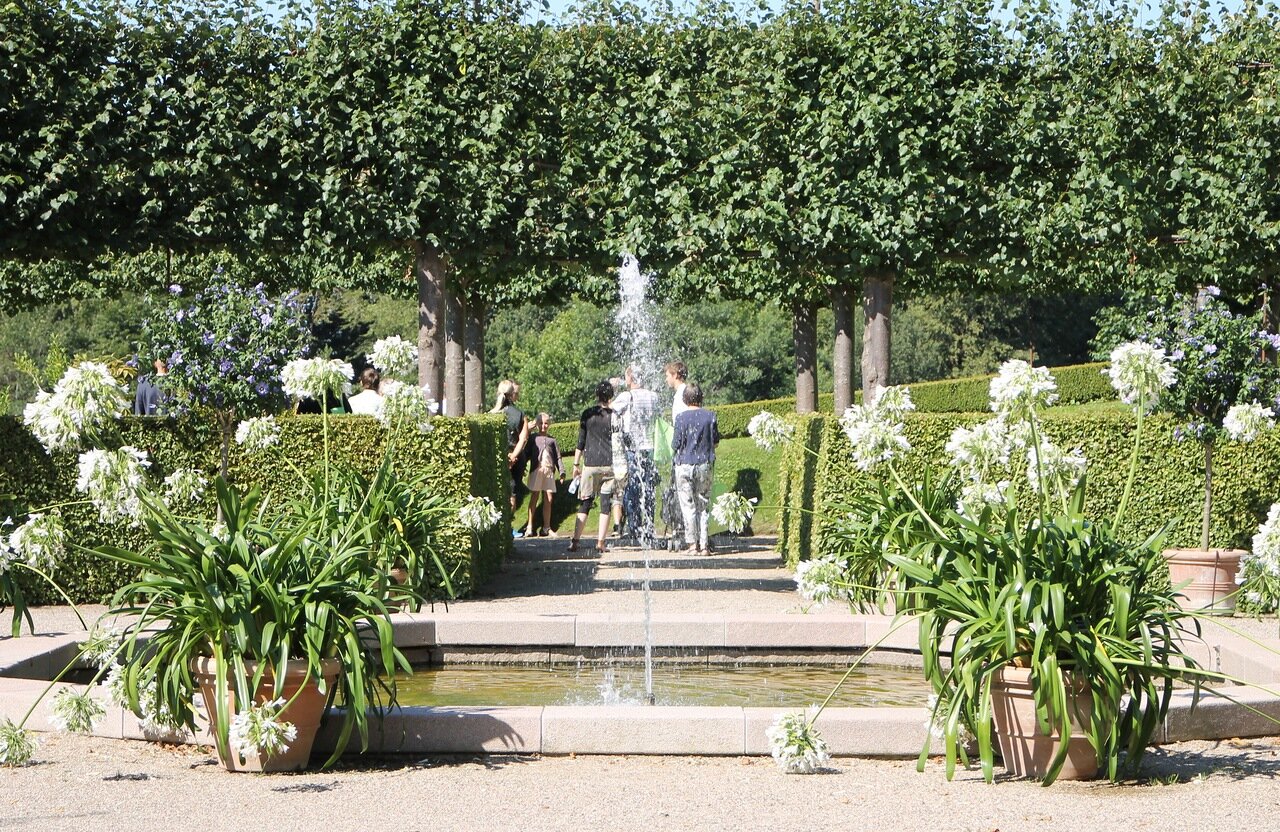 Alleys of the park are decorated with marble sculptures. 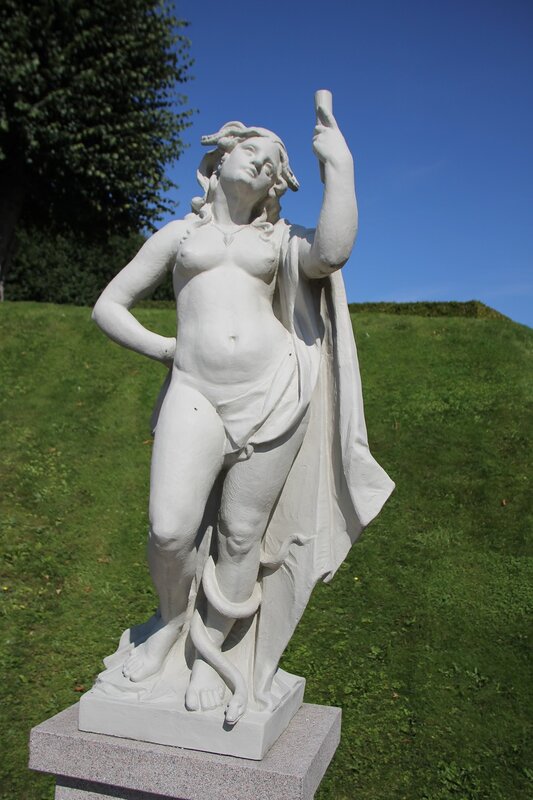 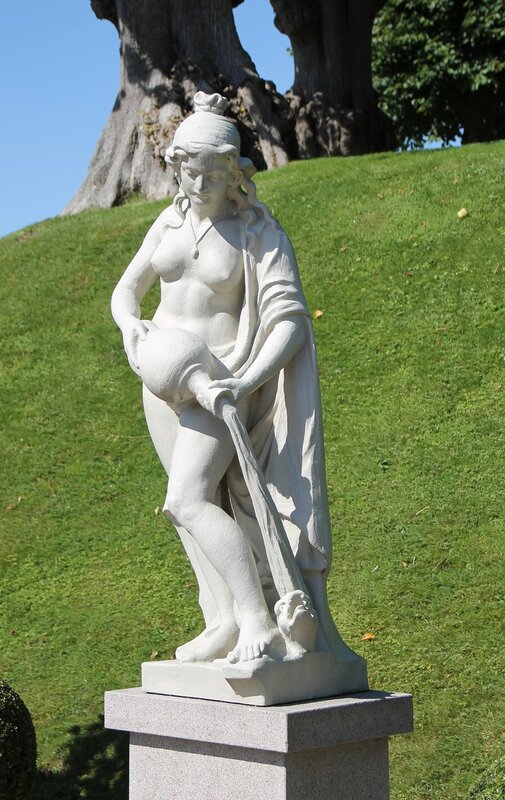 On the lower terrace curves lines of boxwood plants form the Royal monogram.

At the foot of the main waterfall will recline satire of white marble. 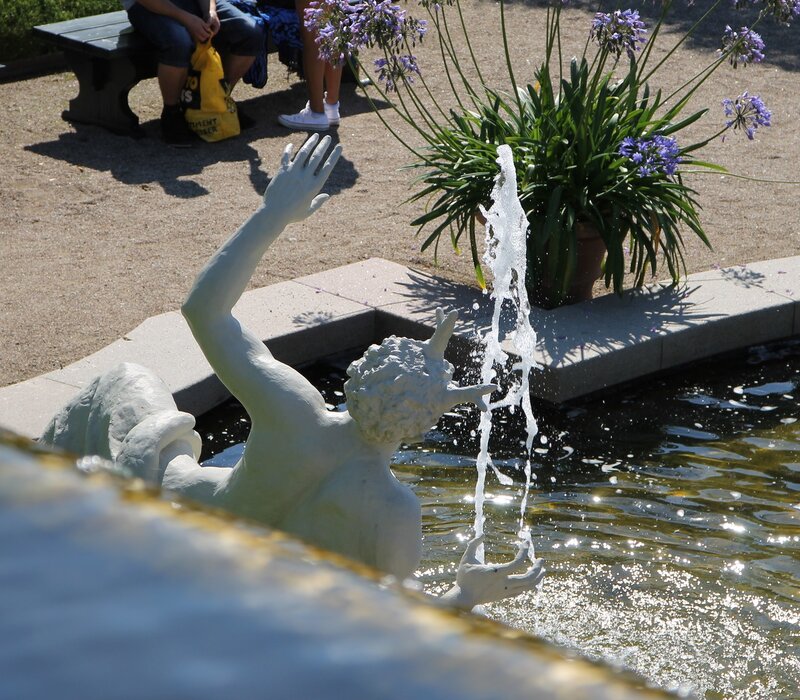 Here you can relax while looking at the cool jets. 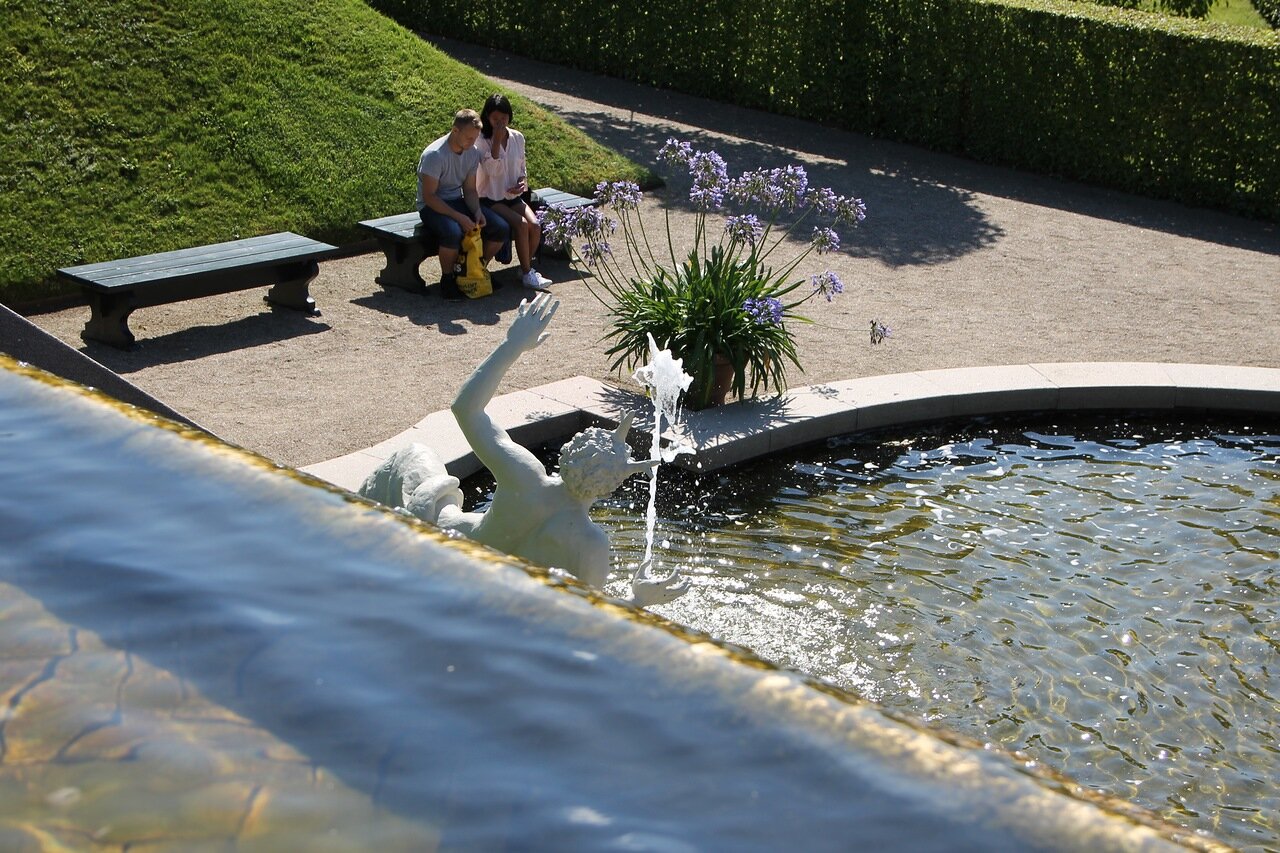 After the death of king Frederick IV financing of the castle was significantly reduced and the park was desolate. 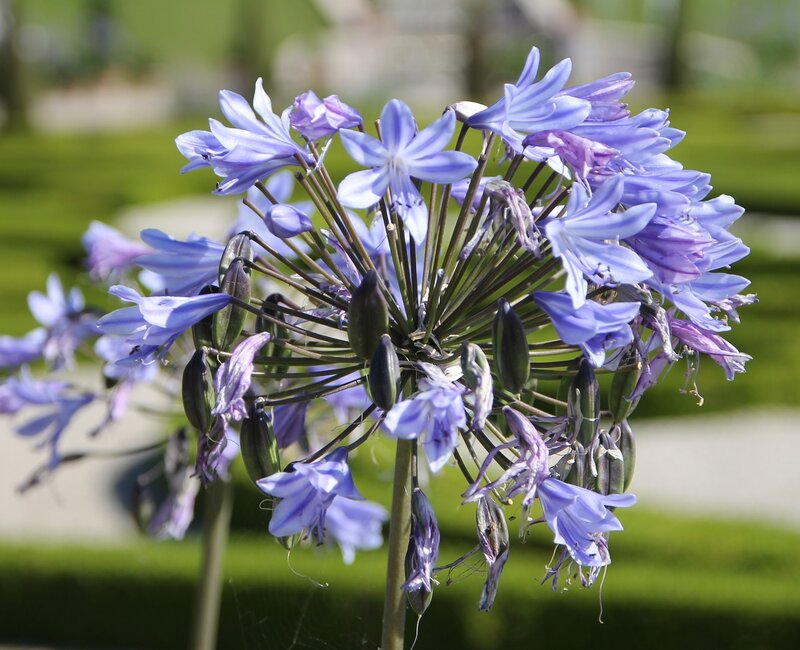 In 1993, there was a reconstruction, terraces cleared of old and dried up plants, planted a hundred and fifty yew, seven thousand hornbeam trees and 65 thousand boxwood bushes. In 1996, the renovated Park was opened to the public and immediately became a popular holiday destination for Copenhagen residents, and of course, tourists. 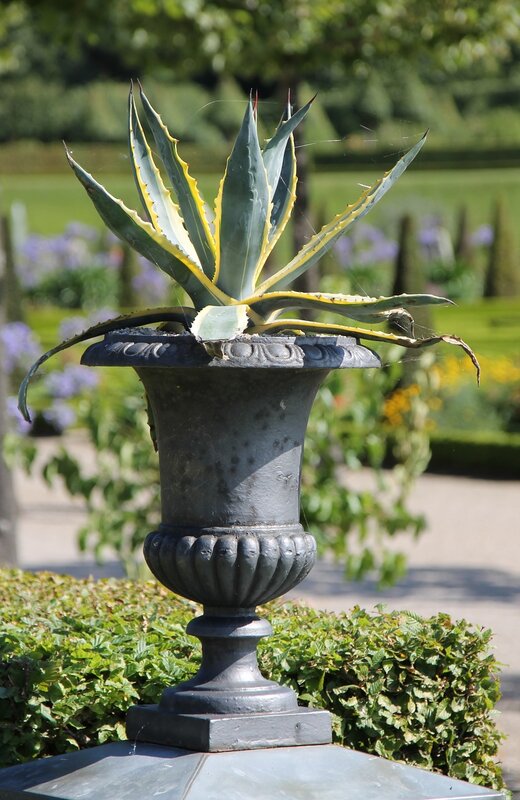