The Palace chapel (Frederiksborg Slotskirke on the map) occupies the Western wing of the castle, and is a unique building from the time of Christian IV. Construction work began in 1602, and the building was completed by 1606-1608. 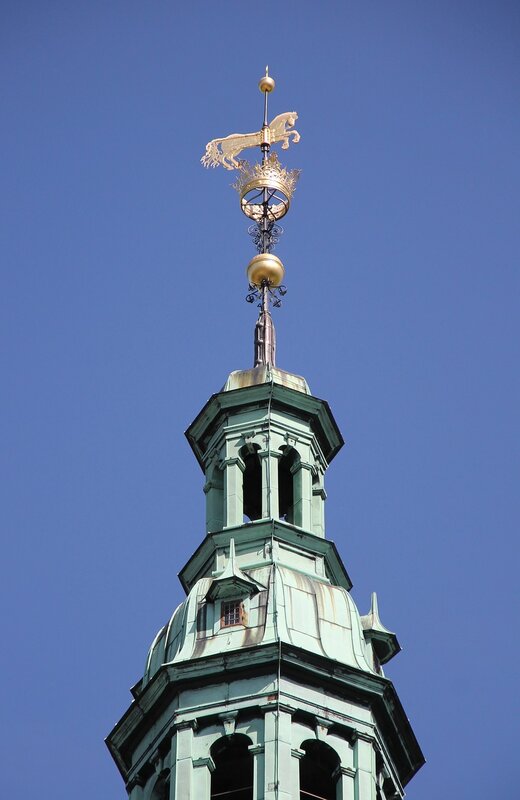 During the fire of 1659, only the upper part of the tower was damaged; the interiors retained the appearance they had in the 17th century. The bell tower was renovated in 1659, the last reconstruction was carried out in 2002. 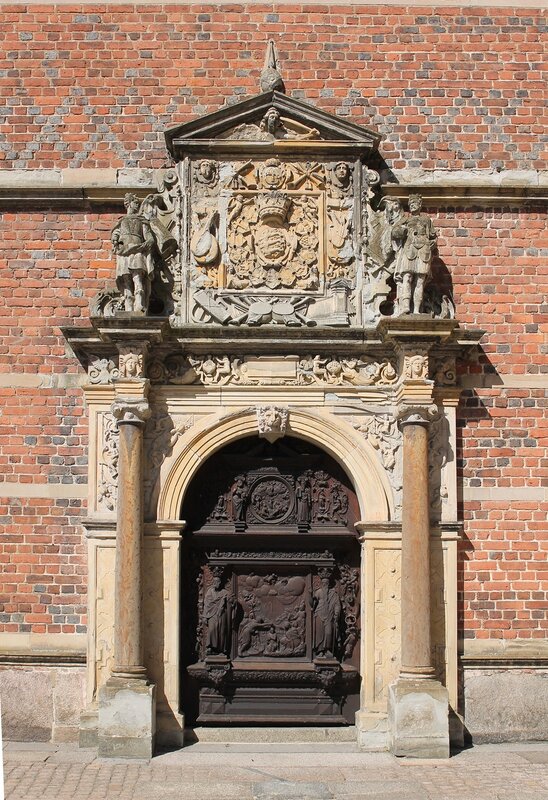 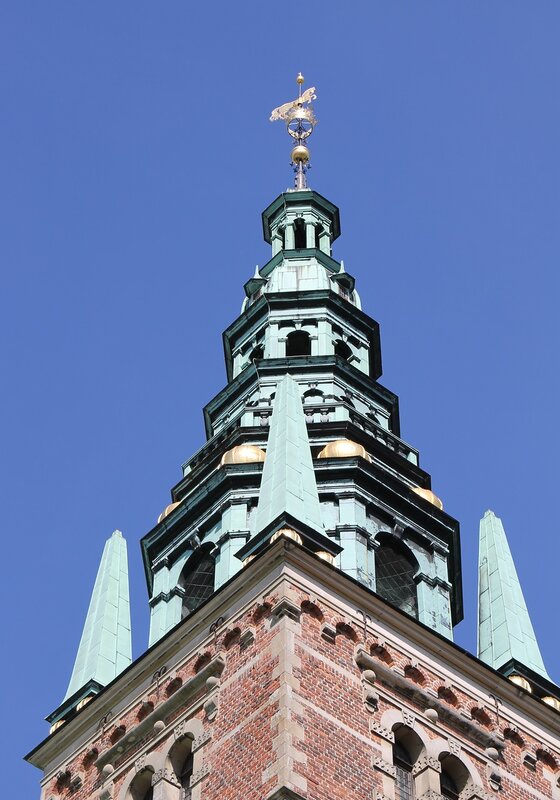 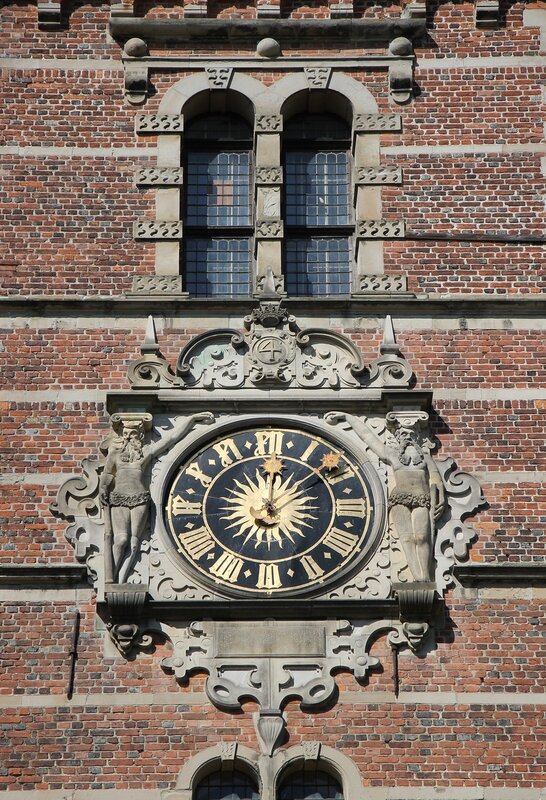 The original Carillon was manufactured by 1619-21 the years by master John Escalera from Nordhausen and was destroyed by fire in 1859.

In 1863, 4 bells were installed on the renovated tower, and only in 1895 did the belfry acquire a full set of 27 bells, which sang 6 different hymns. 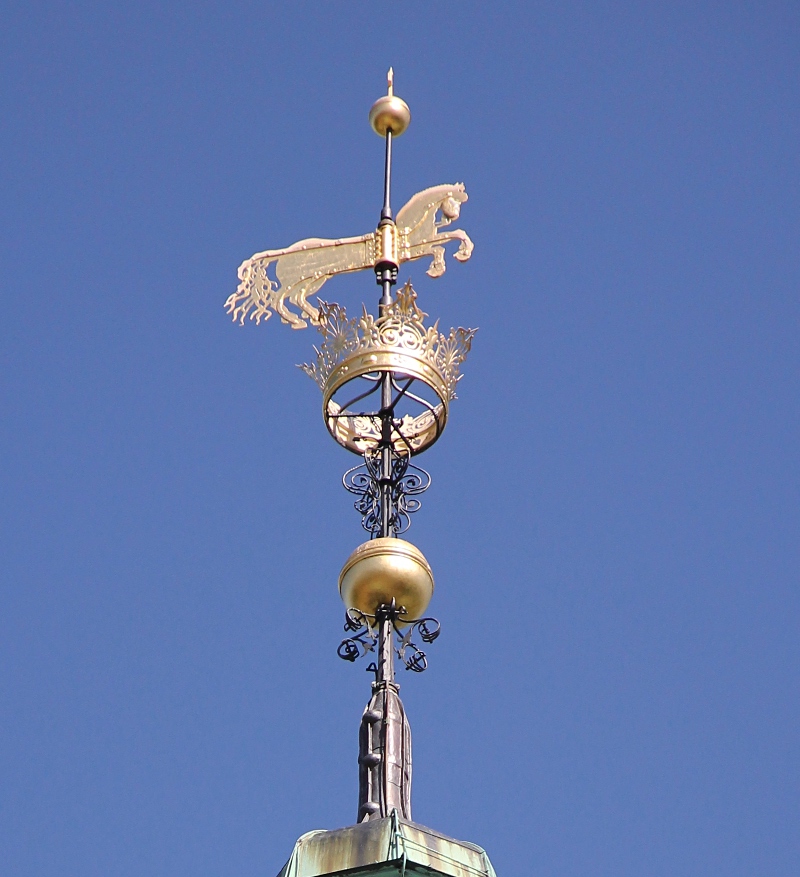 The chapel acts as a parish Church, with four priests and two organists. Organ concerts are held here on Thursdays at 13: 30. 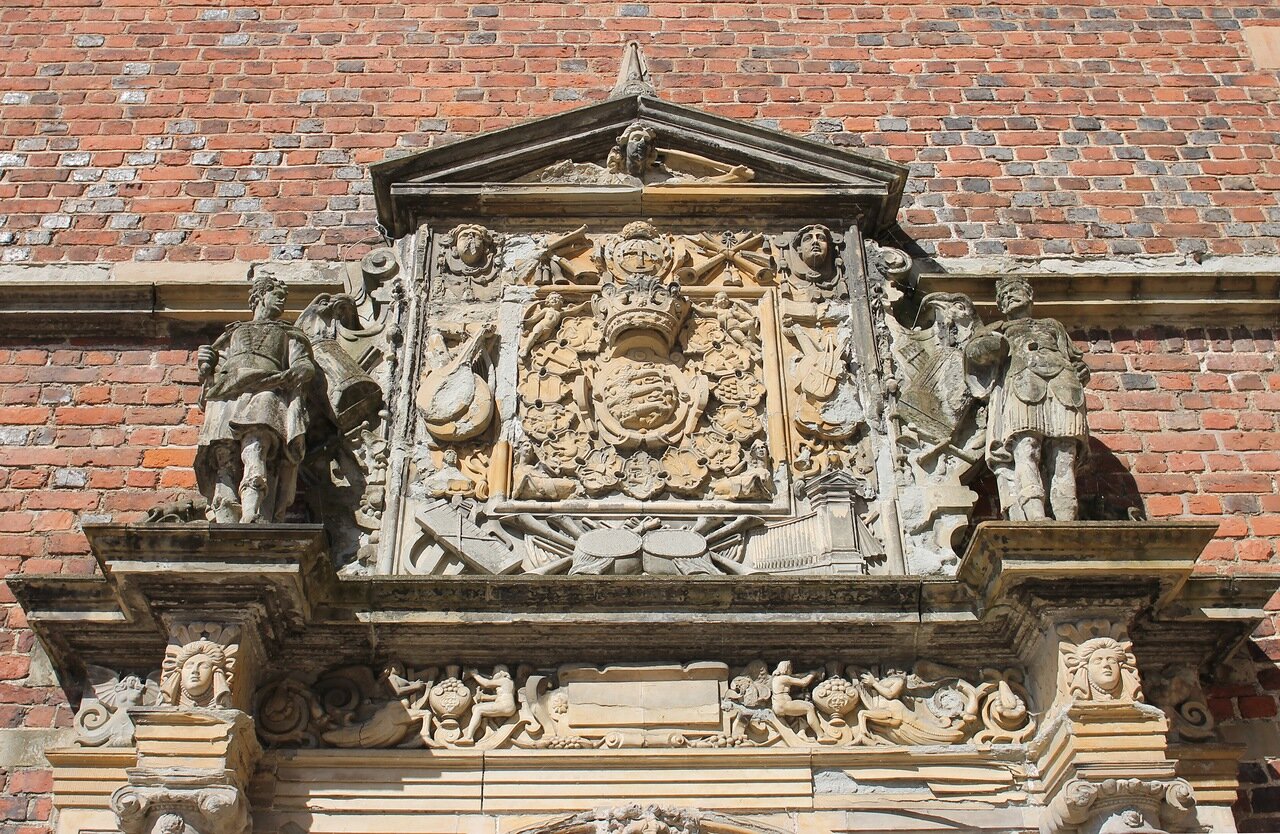 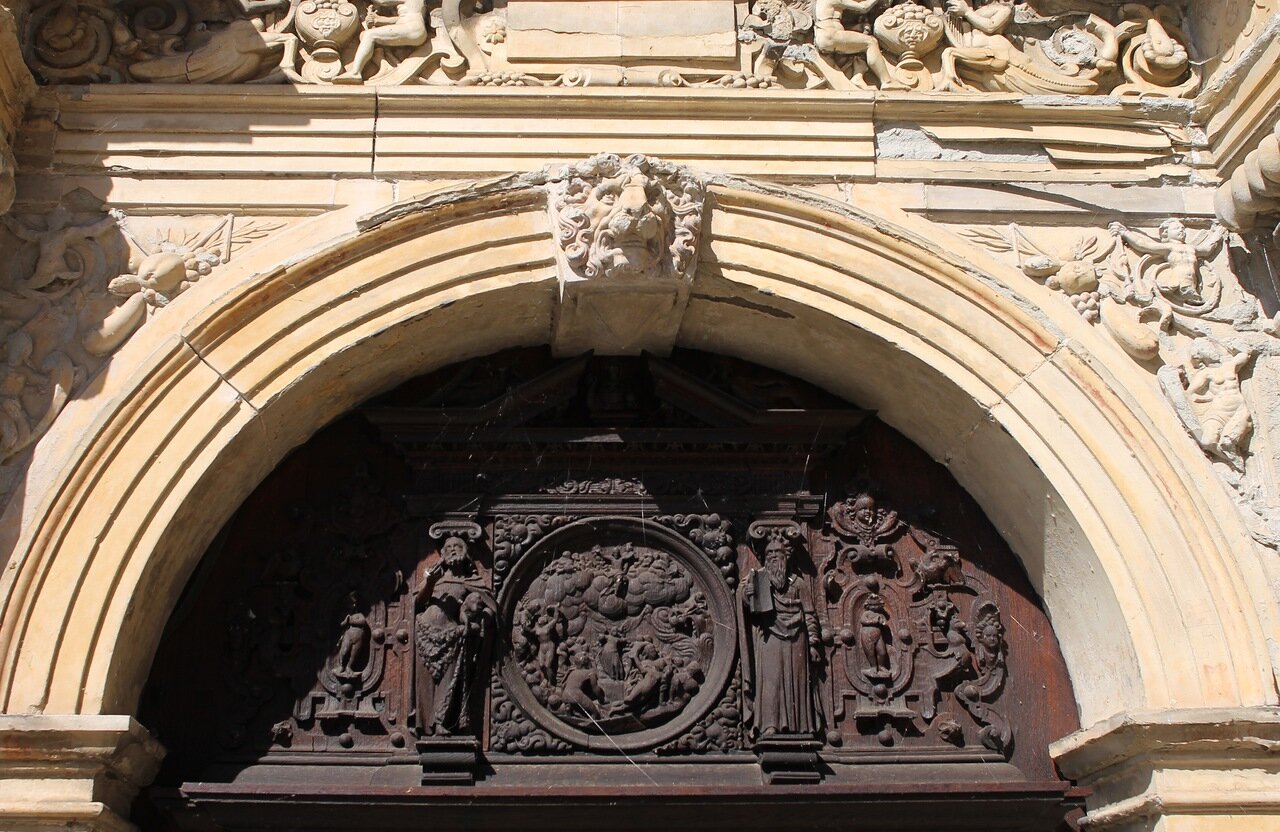