The city of Frederiksberg is considered one of the districts of Copenhagen, but it is legally an independent city, the fifth largest in Denmark. Frederiksberg got its name from the castle built nearby. 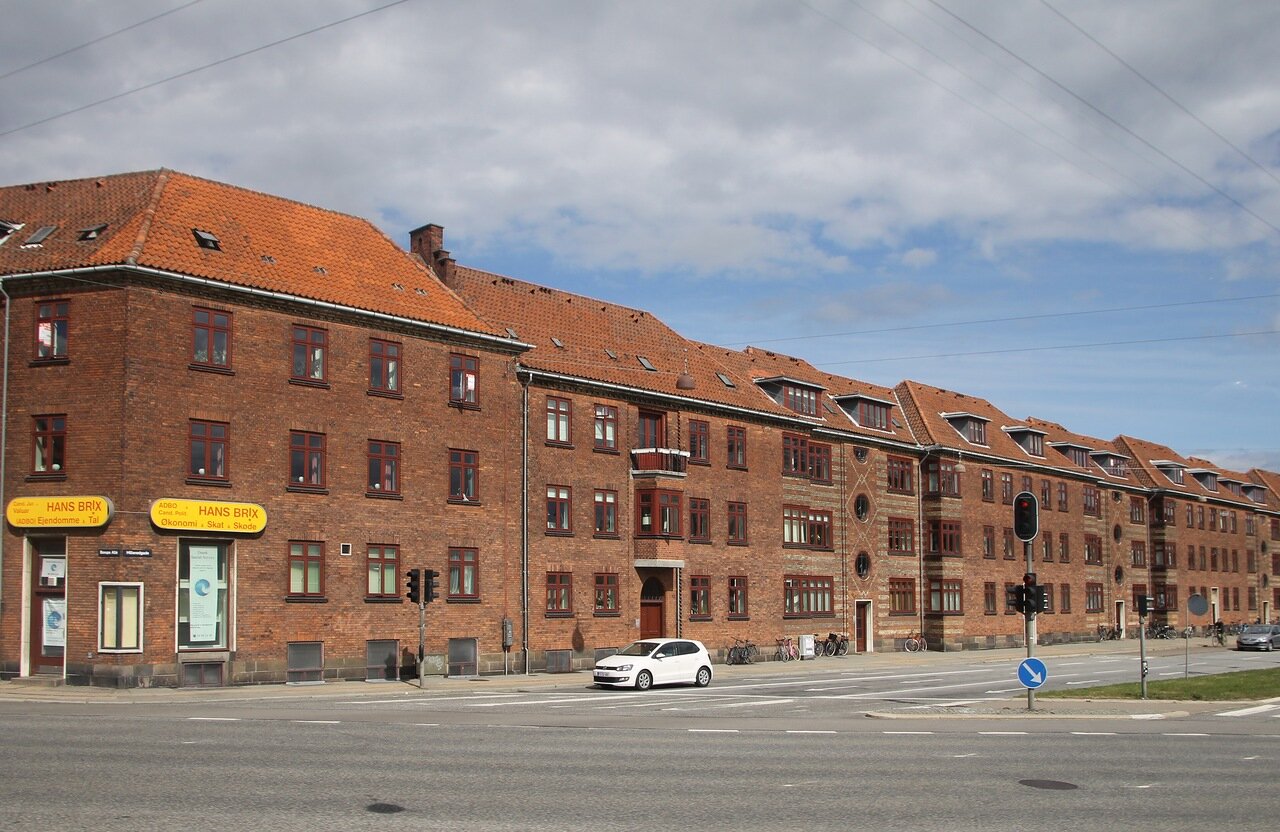 An original solution is a private green courtyard surrounded by urban development. 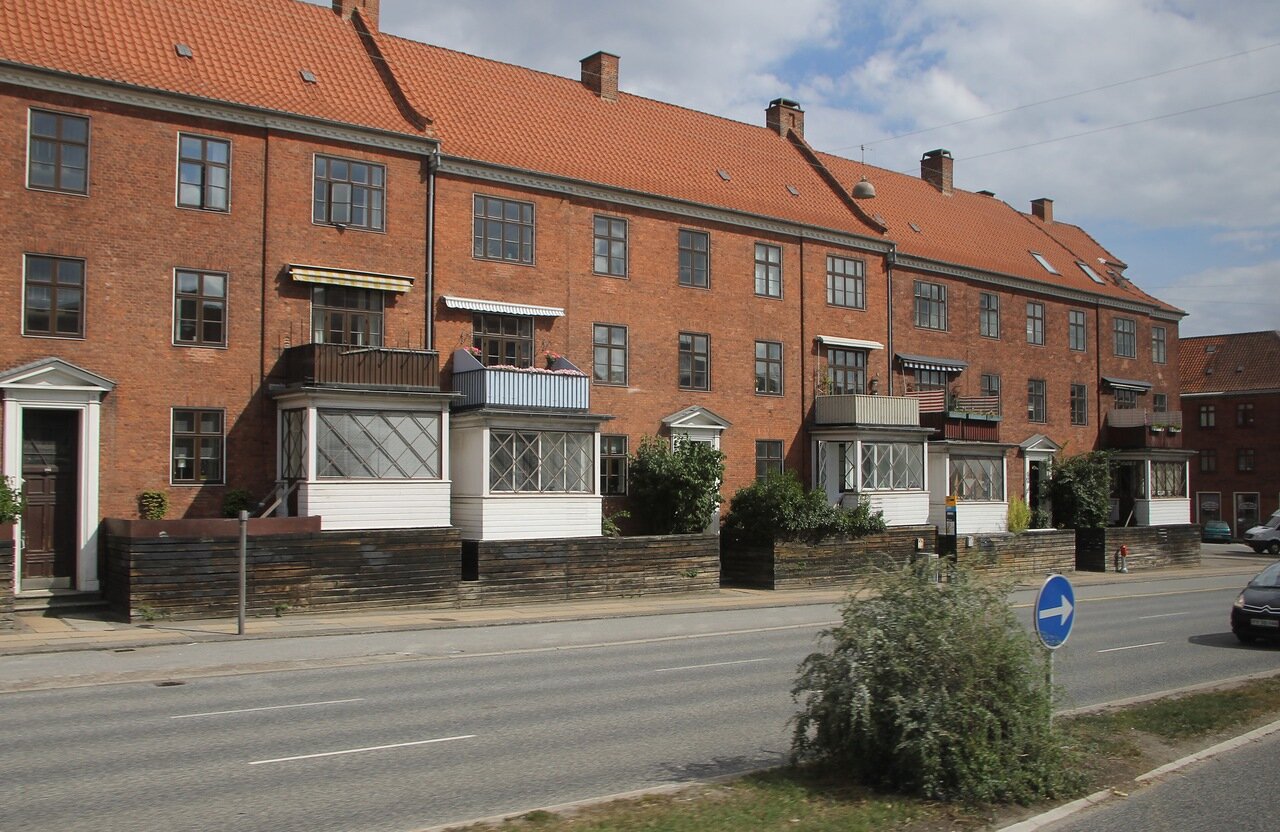 The settlement began in the middle of the 17th century as a Dutch colony of farmers. However, the marshy area did not promote agriculture, and in 1697 the town was almost completely destroyed by fire. 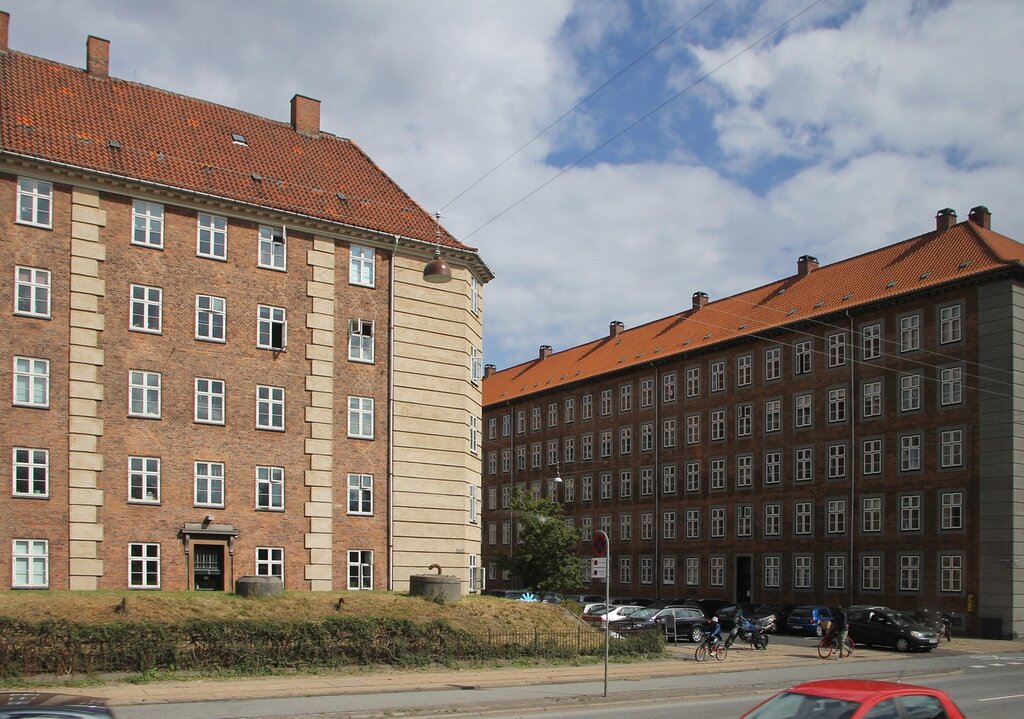 In 1700-1703, Frederiksberg Palace (Not to be confused with FrederiksbOrg) was built on the hill next to the ashes, and the surrounding land began to be built up with country houses of the rich inhabitants of Copenhagen. 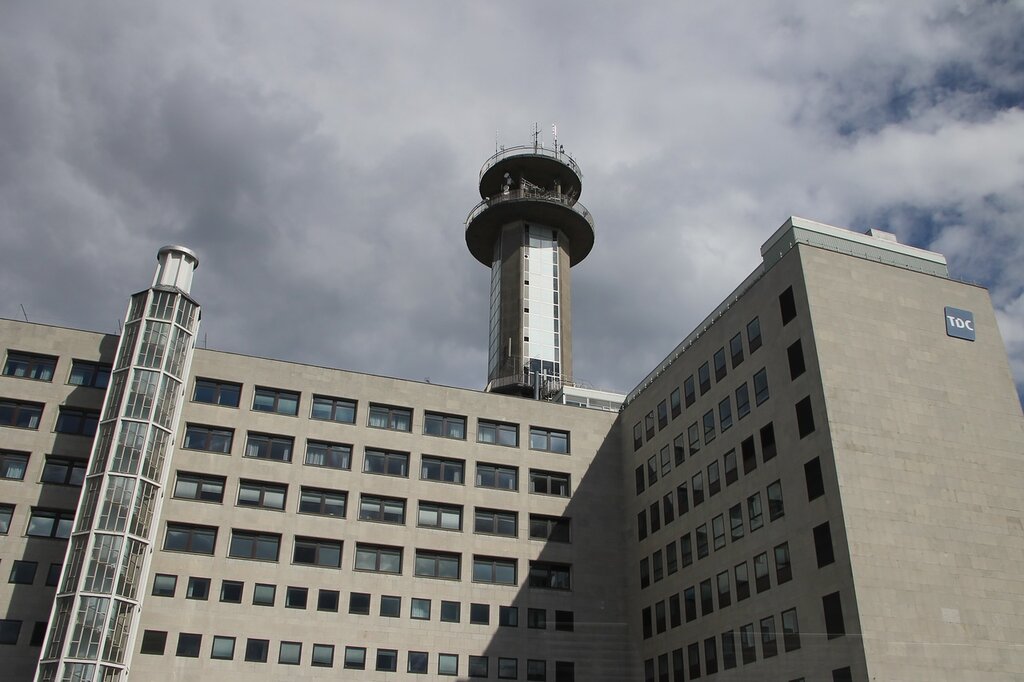 Now the city is built up with residential buildings and is a near suburb of the Danish capital. 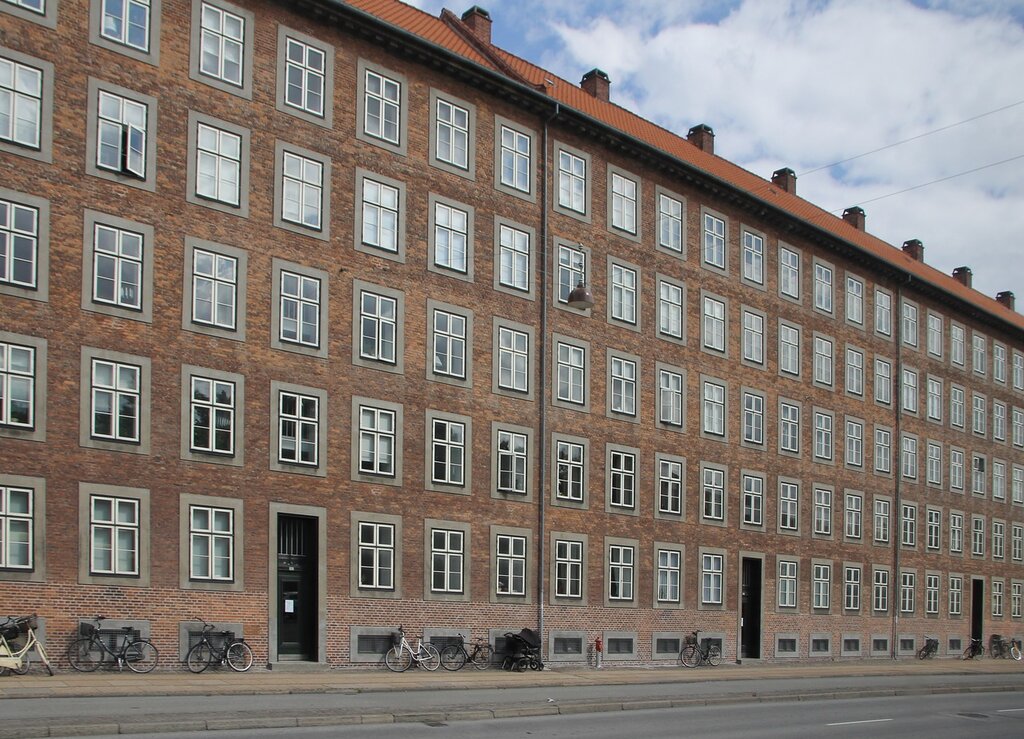 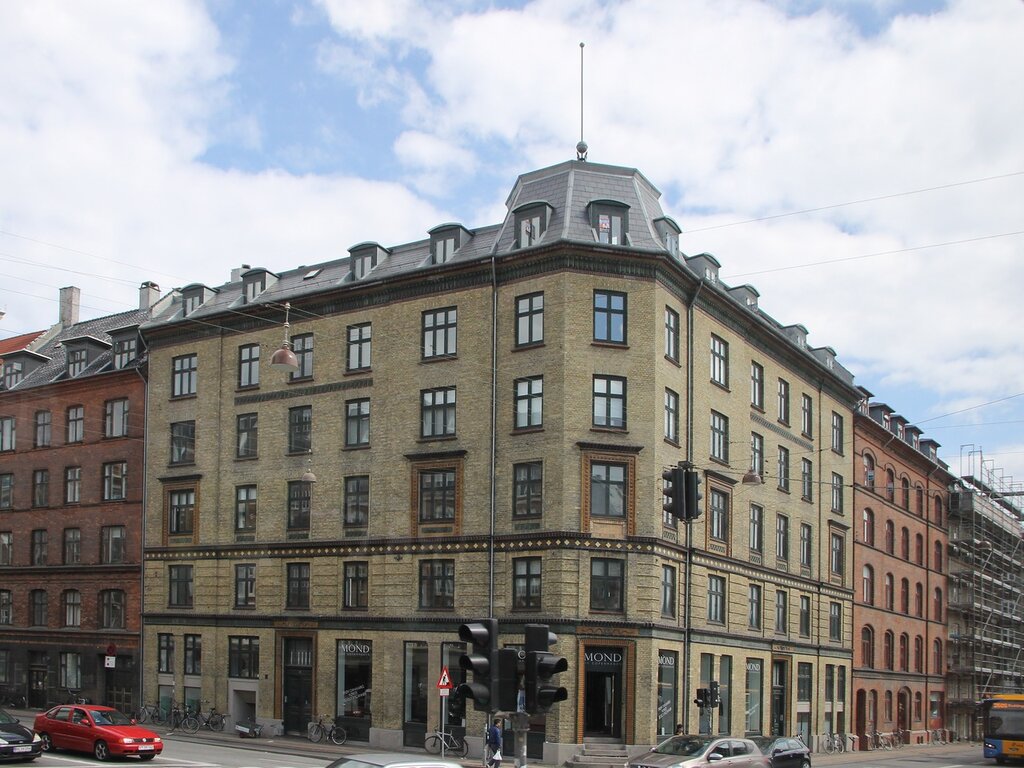 Due to the absence of industrial enterprises and convenient transport links to the center, the city has a reputation as a prestigious residential area of Copenhagen. 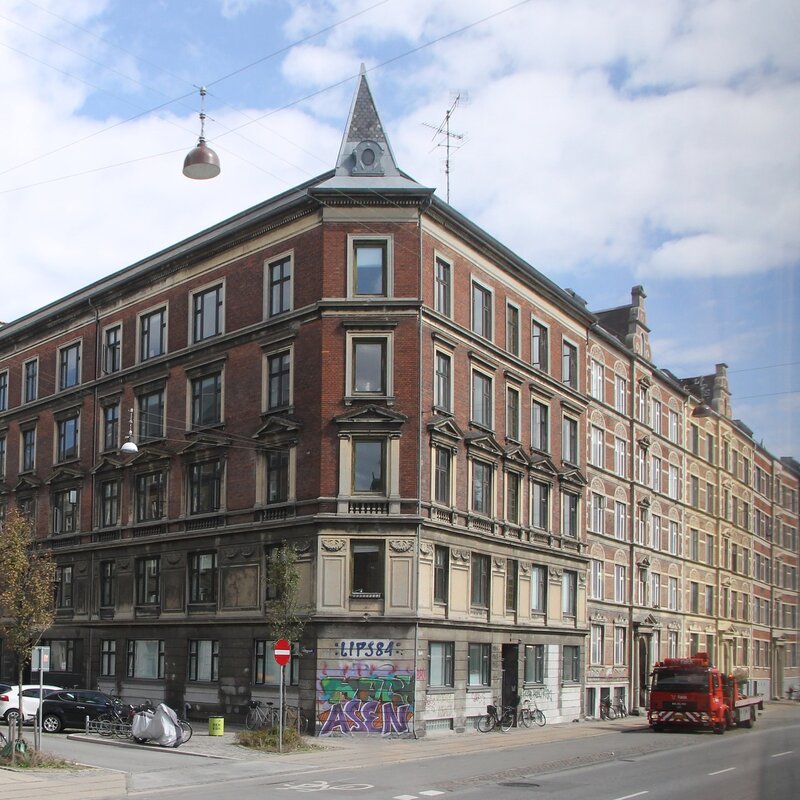 In some places, the streets are enlivened by avant-garde monuments. 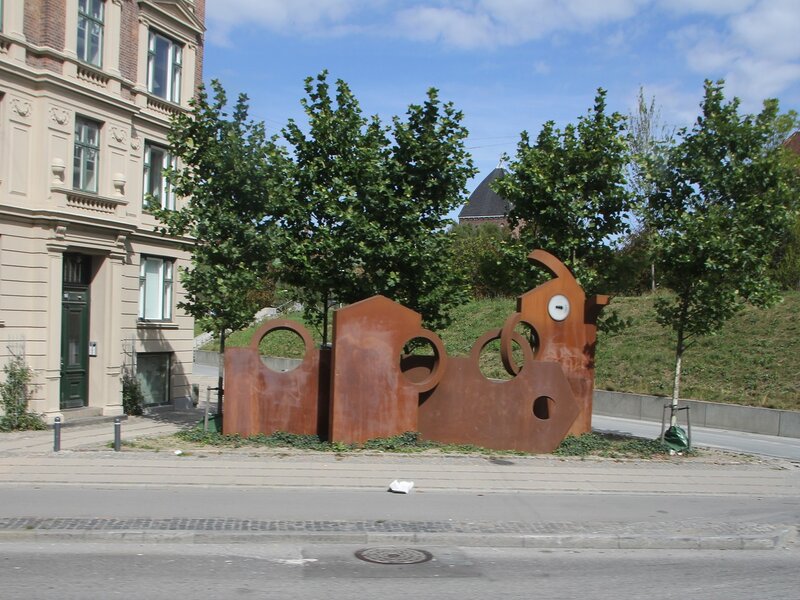 Two completely identical facades adjacent to each other, differ only in the decoration of the window openings. Judging by the color of the bricks, the buildings were built at different times. One comes to mind of the conservative Hanseatic merchants from the Bruggen quarter in Bergen, who have been repeating the same architectural solutions for centuries. 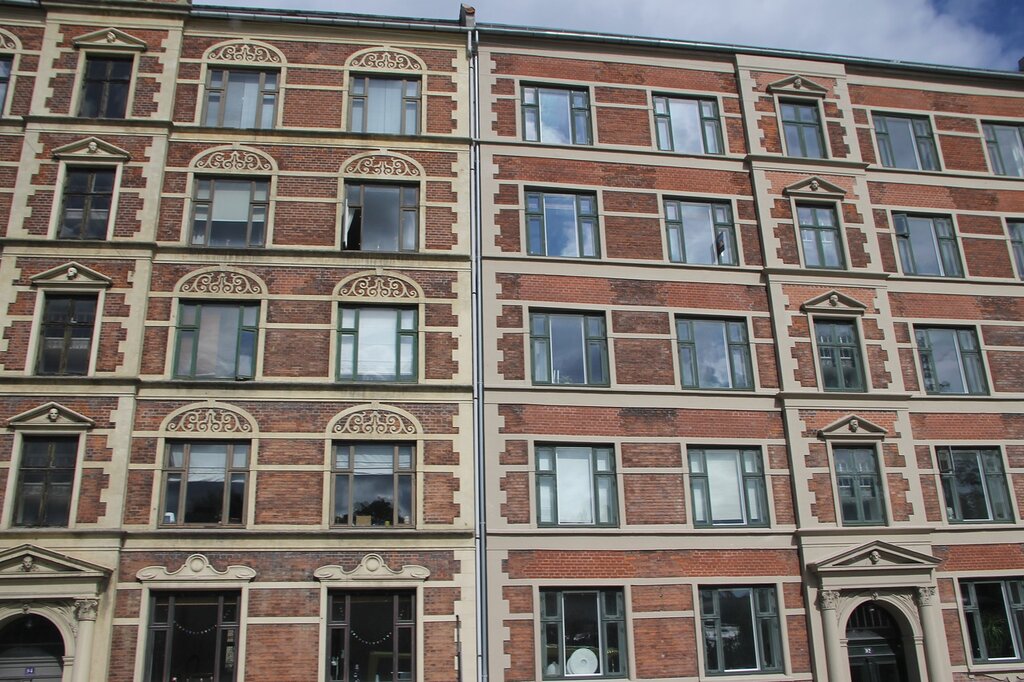